– A howler by goalkeeper Kepa, however, allowed the hosts get their well-deserved goal

Kepa Arrizabalaga made another blunder to allow Brighton equalize on Monday night, September 14 in Chelsea’s 3-1 win over the Premier League side.

Despite being the club’s most expensive goalkeeper yet, Kepa fumbled when Trossard fired home the equalizer in the 54th minute to allow the Seagulls restore parity.

Trossard’s strike from outside the box made its way into the corner but the former Athletic Bilbao shot-stopper had plenty of time to get across.

But club manager Frank Lampard insists he is impressed with the goalkeeper during his post match comments.

“I am very happy with Kepa,” Lampard told SkySports. “With the shot I’m not sure if he could’ve done any better.

“But I saw a bit more confidence in how he was playing. Kepa is here, he’s our keeper and I’m happy with him.

“If we are bringing in competition, it will be competition. That’s the nature of Chelsea and it goes throughout the squad.” 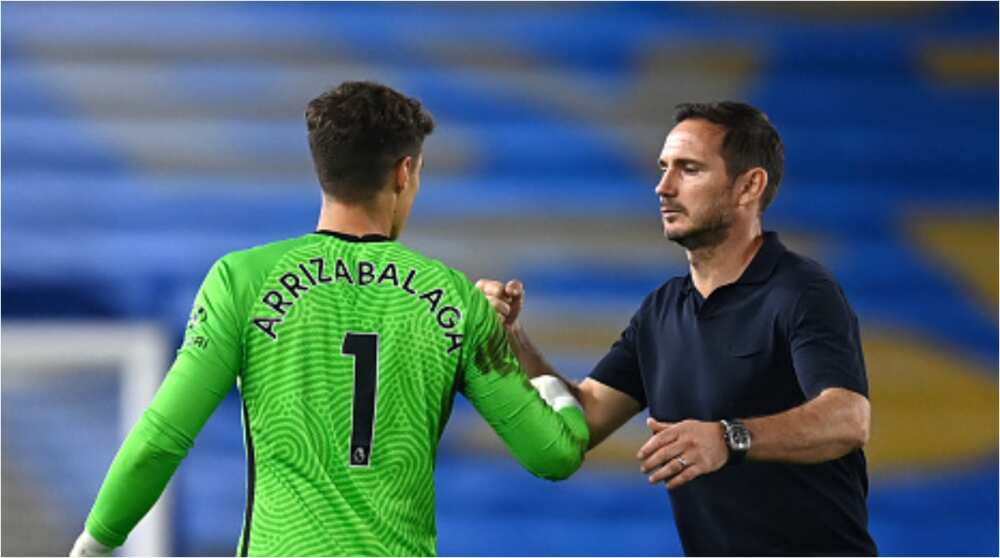 Kepa’s blushes were spared by two of his defenders as Lampard’s Blues escaped with a 3-1 victory from the Amex.

The £71million man is set to have new competition for the No1 spot with Rennes keeper Edouard Mendy thought to be on his way to Stamford Bridge.

Man Utd’s Pereira arrives in Italy ahead of Lazio switch

Mendy’s deal to Premier League outfit Chelsea is almost completed with latest reports confirming that the Rennes goalkeeper has completed his medicals at the London club.

Senegal international Edouard Mendy is reportedly on the verge of joining the Blues who have reached an agreement with French League side Rennes over the transfer of their player after a breakthrough in talks between the two parties last week.

Meanwhile, Bioreports earlier reported that Jose Mourinho lost his first ever Premier League opening fixture when Tottenham were stunned right in their backyard 1-0 by visiting Everton on Sunday afternoon, September 13.

We must take tough decisions ‘together’ for Nigeria – Buhari

Unity Schools to resume on Oct. 11

Why I released New National Anthem for Nigeria – Integral Money