Many Nigerians can mention the 36 states of the federation offhand in alphabetical order but just a few of them know how these states got their names. On the basis of this courtesy of @NigeriaStories on Twitter, Bioreports decided to educate the masses on how the states were named.

Aba Bende Isuikwuato Afikpo were the main groups of people in Abia as at the time the state was formed.

It was formed in 1991 using the initials of these four main groups to form the state.

In the beginning of the 19th century, a warrior named Modibbo Adama Bin Ardo Hassan conquered the state and it was named after him.

This state was named after the Qua Iboe (or Kwa Iboe) River.

Anambra got its name from the corrupt version of Oma Mbala (Ànyịm Ọma Mbala), a popular river in the area.

‘Bauchi’ is Hausa word which means the southern flanks of Hausaland. The tribes that inhabited the southern parts of the Hausaland were referred to as “kasashen bauchi” and this is where the state got its name from.

This name of this state is a combination of the acronyms of three local government areas which were pulled out of old Rivers state: Brass LGA known as BALGA, Yenegoa LGA known as YELGA and Sagbama LGA known as SALGA. In the formation of their names is BA + YEL + SA

Benue was named after the europeanised version of ‘Binuwe’, the Batta word for ‘Mother of Waters’.

The predominant ethnic group in the state is Borno and that is where the state got its name from.

The south south state took its name from a River called Oyono or Cross River. 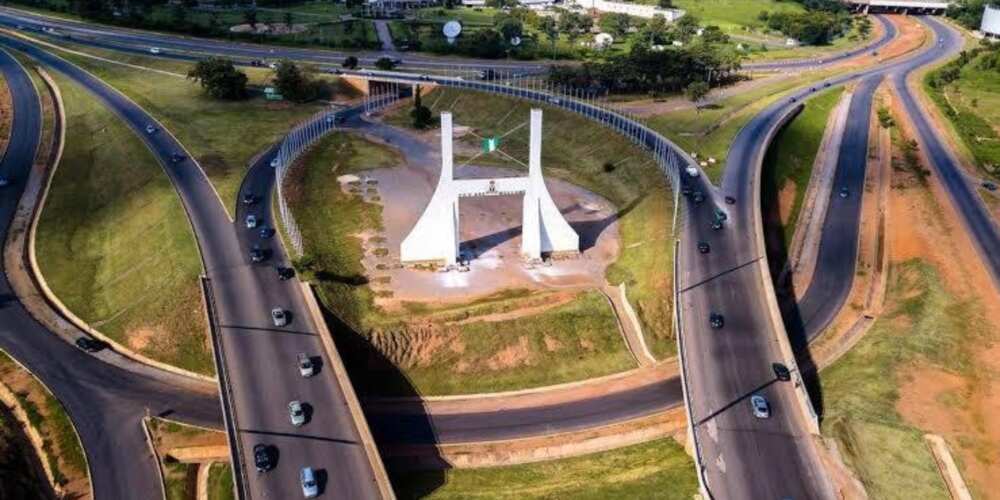 Some states in Nigeria were named after rivers, and Cross River is one of them.
Photo credit: @NigeriaStories
Source: Twitter

The state is where the River Niger forms a delta as it enters the Atlantic Ocean.

The state got its name from the Bini people, the inhabitants of the area who had always referred to themselves as Edo or Iduu.

The state got its name from the anglicised version of Enu Ugwu, meaning top of the hill.

The state took its names from the popular river called Imo Mmiri.

Kadunas is the plural form of crocodile in Hausa, and this is where the state got its name from.

The state was named after the wife of a popular local ruler known as Janzama. Her name was Katsina.

Since the popular confluence in Nigeria is located in the state, Kogi is said to have been derived from ‘kogin’, the hausa word for river.

Lagos is the Portuguese word for lakes. The Portuguese, which were the first set of Europeans to set foot in the state, named it Lagos due to the many lagoons and rivers in the state.

This state was named after the River Niger.

Ondo is a word used for settlers. The state was named after the settlers of the old Ondo Kingdom.

The southwest state was named after the Old Oyo Empire.

The state was named after the many water bodies present in the area.

Like many other states which got their names from Rivers, Taraba got its name from the Taraba River.

Zamfara was named after Zamfarawa, one of the subdialects of the Eastern Hausa group.

In other news, an octogenarian and grandson of the eighth Obanikoro of Lagos, Engineer Layiwola Ajayi-Bembe, has given a deeper insight into the history of Lagos and its relationship with Benin.

Layiwola also said that Obas in Lagos were historically referred to as ‘Elekos’ and did not wear crowns.

Speaking with Bioreports’s correspondent, Adeoye Adewunmi, in an exclusive telephone interview, Layiwola, who is the chairman of County and City Bricks, disabused the minds of people who believe that Lagos is ‘no man’s land’.