– The skull was unearthed from a deep grave and researchers deduced it to be around 5,000 years old

– In ancient times, the surgery was done either for ritual or medical purposes

– It was done to cure headaches, change someone’s nature or cure epilepsy

Archaeologists from Russia have dug out the skull of a man believed to have been in his 20s when he underwent an unsuccessful brain surgery during ancient times. 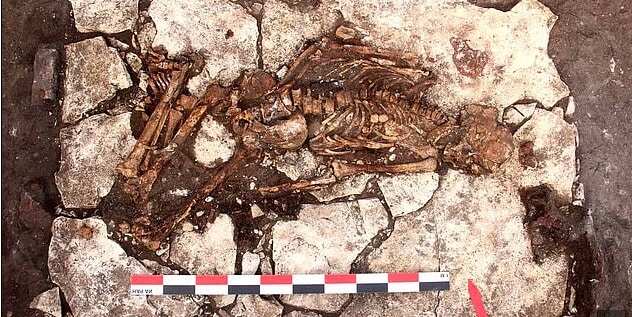 The skull was unearthed from a deep grave and the researchers deduced it to be around 5000 years old. Photo: Daily Mail.
.

The skull was unearthed from a deep grave and researchers deduced it to be around 5,000 years old.

According to the Daily Mail, the young man was said to have undergone the delicate brain surgery using a scalpel that was carved from stone.

‘The ancient doctor definitely had a surgical set of stone tools.”

“Judging by the position of the bones, the body of the deceased was carefully laid on its back, slightly turned on its left side, the legs were strongly bent at the knees and turned to the left.” 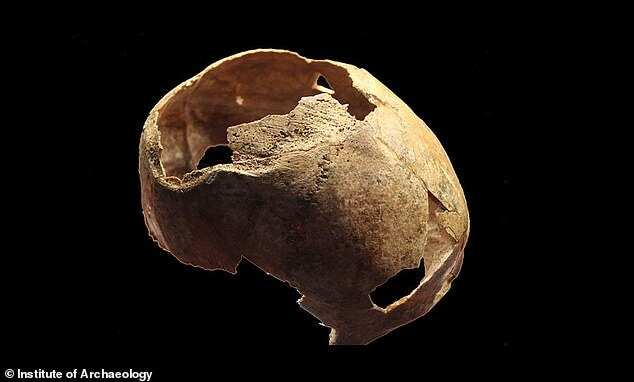 The trepanation measured about 140 × 125 millimeters. Photo: Institute of Archaeology
.

The head of the Laboratory of Contextual Anthropology said the man was unlucky as he died moments after the surgery despite the fact that there are high chances of surviving a trepanation.

“Despite the fact that the survival rate after trepanation was very high even in ancient times, he apparently died shortly after the surgery.”

“This is evidenced by the absence of obvious traces of healing. Traces of a trepanation instrument are clearly visible on the surface of the bone”

The trepanation measured about 140 × 125 millimetres.

According to the experts, the ancient doctors carried out brain surgery to ease severe headaches, repair skull injuries, heal epilepsy or even to change someone’s nature.

They added that surgery was either done for medical or ritual purposes.

The ancient people used cannabis, dancing and mushrooms as anaesthesia to ease the pain.

In other news, an ancient secret has been discovered in the Border Cave, which is a deep gash in the side of the Lebombo Mountains of South Africa.

The site has revealed that early humans lived there over 200,000 years ago. A new discovery has been made.