Save your side chicks’ numbers as IGP, cement owner, land guard – Popular pastor advises married men on how to cheat on their wives

– According to the cleric, it is important for married men to use fake names in saving the contacts of their concubines

– Rev Obofuor said if the concubine’s name is Portia, Protocol should be used in saving her name

A popular man of God in Ghana identified as Rev Obofuor has advised married men to be smart when cheating on their wives by saving their concubines’ phone numbers as IGP, cement owner, and land guard.

The cleric gave the advice during a wedding ceremony, saying their wives would not suspect if names like that pop up on their phones, BBC News Pidgin reports.

This has, however, caused controversy as people expect a man of God to condemn adultery instead of supporting it. 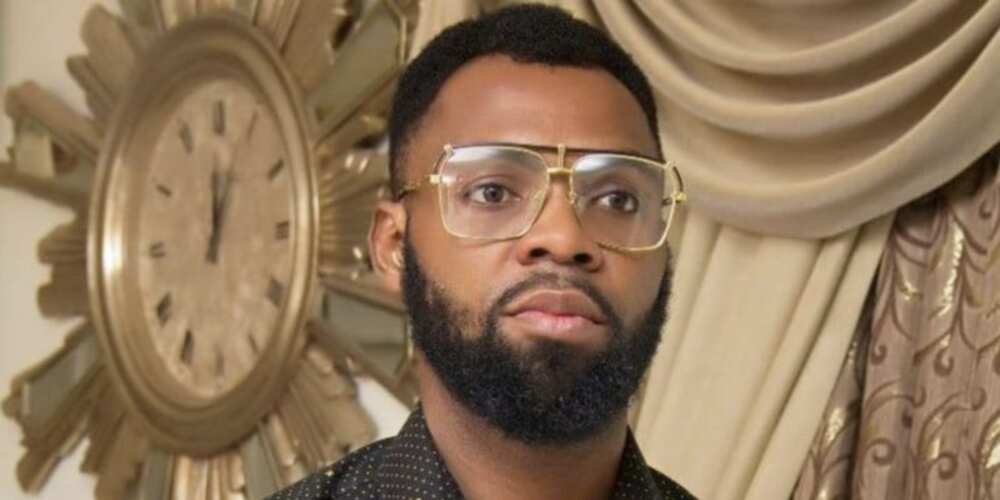 The cleric advised married men to be smart when cheating on their wives.
Photo credit: BBC News Pidgin
.

According to Rev Obofuor of the Anointed Palace Chapel, when the concubine’s name is Linda, Land Guard should be used to save her phone number, while protocol should be used in place of Portia.

He said if the lady’s name is Anita, IGP should be used in saving her phone number.

In other news, what is better than having a wife to go home to, a shoulder to cry on and a partner to spend the rest of your life with? A popular pastor from Botswana named Sekati Kemmonye believes the answer is two wives.

Polygamy, an African tradition that had been turned into a big abomination is slowly creeping its way back to civilisation and even religious clerics are embracing it.

Kemmonye has become the talk of the town after proudly parading his two irresistible wives on social media.

It all started with a photo of the cleric draped in identical shirts with his ladies as they sat next to one another during a family safari.

Gorgeous woman dares male plumbers as she introduces levels to plumbing which she does effortlessly, adorable video goes viral