– Olakunle Churchill’s recently revealed wife, Rosy Meurer, has taken to social media to slam people who made it a duty to judge her

– In a birthday appreciation post, the actress mentioned that the hilarious comments added spice to her day

Recall that less than 24 hours ago, the businessman in a post celebrating Rosy on her birthday, revealed that he is married to the actress. 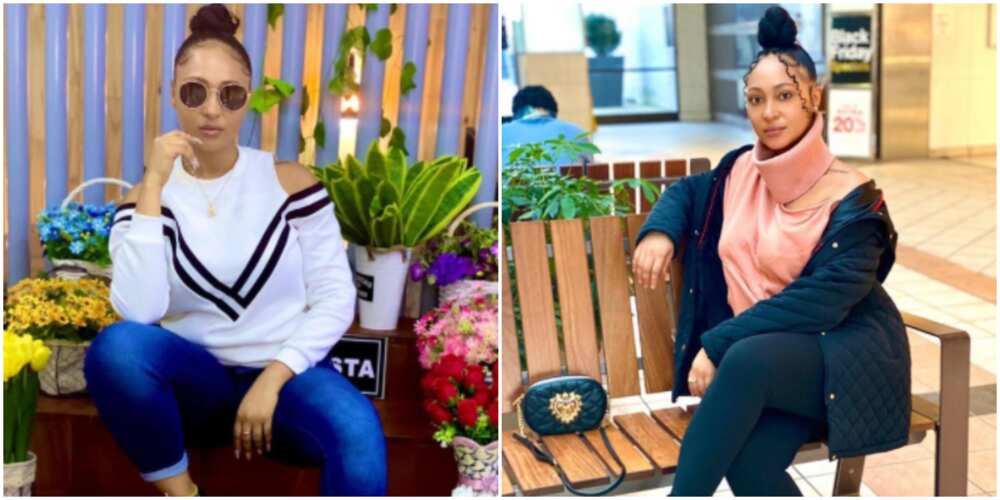 Rosy has also taken to Instagram to show her appreciation over the fact that people made her top priority and had her name on their lips on her birthday.

She posted a photo where she donned a white shirt and took to the caption to thank everyone who prayed for her on her special day.

She also appreciated social media judges and said that the hilarious comments everywhere spiced up her day.

Rosy also continued by saying that it made her happy knowing that she kept idle people busy by sharing theories and ideas about her.

The actress concluded by sending back every wish people sent to her.

“Thank you so so much to everyone that took out time to pray for me on my very special day. I see you all and words cannot express how appreciative I am for all the love you showered on me. You guys are the real MVP’s and God will continue to bless you for me. To all the lawyers and judges, Mamas and Papas, I see you all too and I equally appreciate you all for making me priority on my day. I thank you for spicing up my day with all y’all’s hilarious comments.”

She also put up a video of her husband driving a boat and listening to Davido’s Fem.

“I Appreciate You, I Value You.”

Meanwhile, Bioreports earlier reported that Rosy Meurer, clocked a year older on February 15, 2021, and her big day was tainted by several unsavoury comments on social media.

It all started when fellow actress, Tonto Dikeh’s ex-husband, Olakunle Churchill confirmed on social media that they were an item.

Rosy who put up a strong front of not caring about the negative comments on social media, and flaunted her ring.