Rohr sends big updates to Nigerians on Chukwueze, Osimhen ahead of big clash with Sierra Leone

– Sierra Leone vs Nigeria’s AFCON 2022 qualifier will be played in Freetown on Tuesday, November 17

Gernot Rohr who is the gaffer of the Super Eagles of Nigeria has explained that all his players apart from Victor Osimhen are in good shape ahead of the clash with Sierra Leone.

Super Eagles will be facing Sierra Leone on Tuesday evening, November 17, in the return leg of their 2022 African Cup of Nations qualifier which will be played in Freetown.

Sierra Leone were superb in the first leg against the Super Eagles of Nigeria as they came back from 4-1 down and draw the tie at the Samuel Ogbemudia stadium in Benin.

Napoli striker Victor Osimhen sustained an injury in the encounter and the Super Eagles chiefs have excused him to return to his club in Italy.

Also, there have been news going round that Emmanuel Dennis and Samuel Chukwueze are facing difficulties to be fit for the much anticipated encounter.

But according to the report on Brila, Gernot Rohr has cleared the air on the reports claiming that only Victor Osimhen will be out of the game.

The German football tactician also urged Nigerians to put the poor show of his boys against Sierra Leone in the first leg behind them.

“We are confident and fans should believe that the players will fight. The players understand the honour to play for Nigeria and they will fight. No injury worries apart of Osimhen.”

Meanwhile, the Super Eagles are still topping their group with seven points after three games played so far. 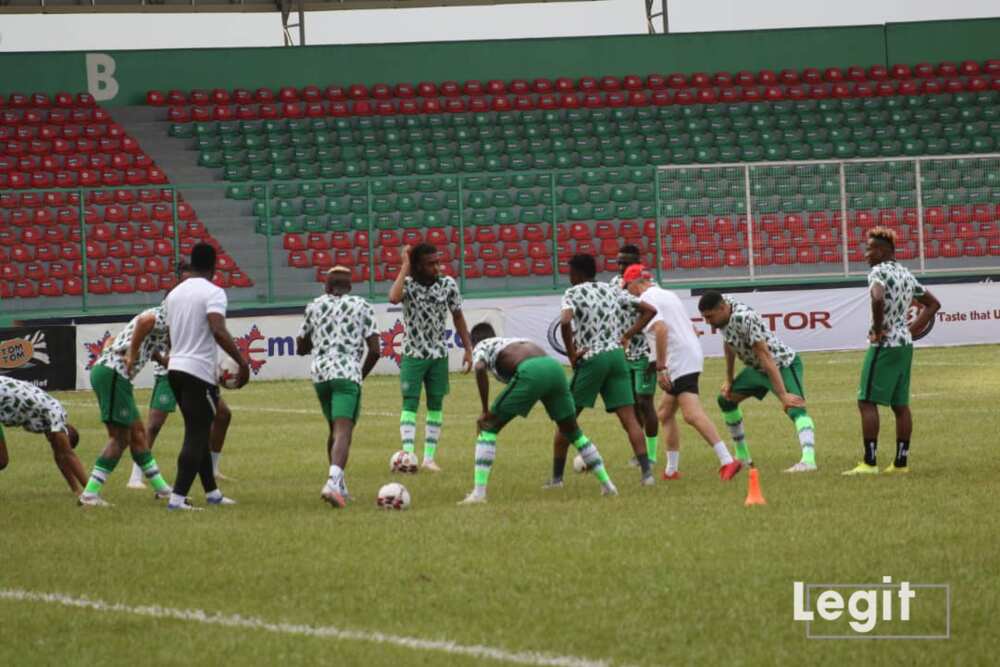 Earlier, . had reported how Super Eagles of Nigeria landed in Freetown ahead of their 2022 African Cup of Nations second leg qualifier against Sierra Leone on Tuesday night, November 17.

Gernot Rohr and his men arrived Sierra Leone on Monday afternoon, November 16, with all the players in good mood ahead of the much anticipated clash.

The Stars were brilliant in their first game against Super Eagles in Benin, Edo state as they came back from 4-1 down to play 4-4 against the three-time African champions.

Players of the Super Eagles and their coach Rohr were blasted after the game by Nigerians who were disappointed with the result they got in Benin.

Big athlete breaks down into tears after winning...