In solidarity with the father of her son, Chioma Rowland has thrown a shade at Nigerian singer Burna Boy. The mother of one took to her social media page to air her thoughts about the trending matter between her fiance and his fellow singer.

It all started when the Blow My Mind crooner took to his Twitter page to declare himself and Wizkid the greatest artistes of all time.

A few hours later, Burna Boy took to his Snapchat page to talk about someone who is an embarrassment to a football as they cannot play, yet, their father bought the team.

Although the Ye crooner did not mention names, music lovers were able to quickly decipher that Burna Boy was throwing a shade Davido.

Taking to the micro-blogging platform, Twitter, Nigerians called out Burna Boy, telling him to drop his pride and stop blaming Davido for coming from a rich family.

Davido’s fiancee Chioma also took to her Instagram story to react to the trending issue. Reposting an image from a member of Davido’s music group, the mother of one said that life has to do with taking risks.

According to her, whoever cannot take risks should sit down, hating, and losing it.

“Life is a risk. Yo risk it to make it or you sit down there hating and loose it,” she said 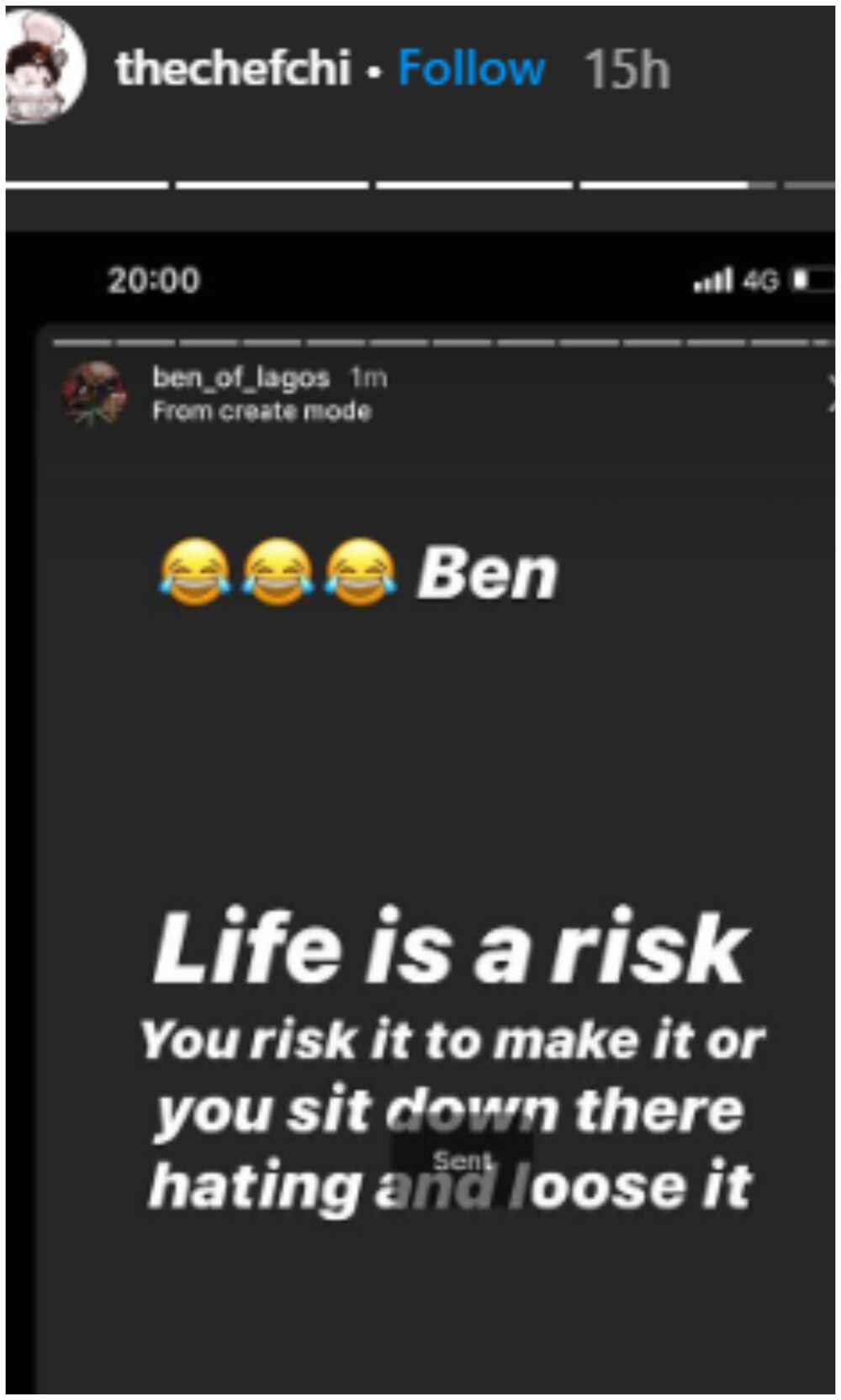 In other news, Bioreports earlier reported that Nigerians dragged Burna Boy for saying he’s the best after Fela.

The Ye crooner said that he is the best thing after Fela Kuti and he is the one responsible for the respect Nigerians currently enjoy. The Anybody crooner also said nobody paved the way for him. He further stated that he learnt long ago from another singer, Timaya, that the world can live without the best.

- Bioreports We have upgraded to serve you better