Former Barcelona president Joan Laporta has revealed that he turned down a chance to sign Cristiano Ronaldo before joining Manchester United.

The 35-year-old has since then spent time at Old Trafford as well as with Real Madrid and Juventus with incredible records to show for it.

He is also the most successful player in the history of the Champions League having lifted the title five times – one more than his arch-rival Lionel Messi.

Laporta who insisted that he did not regret letting the deal slide recently stated the pair could well have been team-mates at Camp Nou. 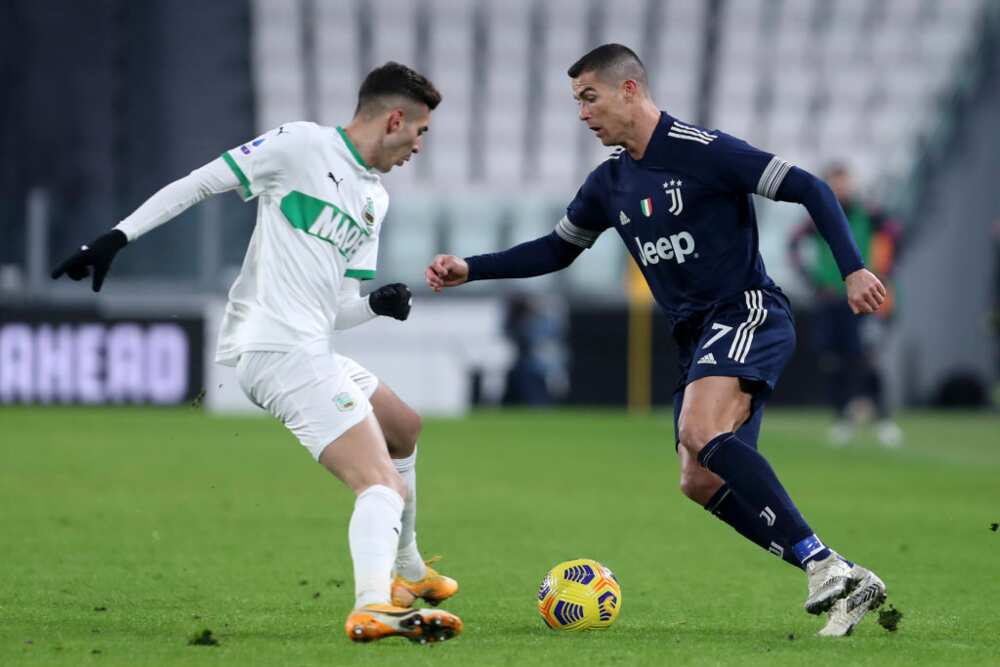 The 58-year-old is contesting for the club’s presidential seat in the forthcoming elections this month. Laporta said during an interview with Iniestazo and reported by Goal.

“We were about to sign Ronaldinho and Rafa Marquez. Marquez’s people proposed Cristiano Ronaldo to us. He was at Sporting at the time.

“One of his agents said that they had a player who they had sold to [Manchester] United for 19 million, but they’d sell him to us for 17 million.

“But we had already invested in Ronaldinho at the time. Cristiano played more out wide than in the centre. We thought we were covered, so we rejected him and I don’t regret it.”

Despite missing on the deal to sign Ronaldo, the likes of Brazil legend Ronaldinho enjoyed considerable success at the Nou Camp.

And his presence at the club also helped groom Lionel Messi at the time of his emergence in the first team.

Ronaldo spent nine years in Spain and he became Madrid’s record scorer while helping them win two league titles and four Champions League trophies, among many other personal and team accolades.

He has since claimed two Serie A titles with Juve although it remains to be seen if he’ll be able to secure a third in the 2020-21 season, with Andrea Pirlo’s side currently fourth in the table, seven points behind leaders AC Milan but with a game in hand.

Bioreports earlier reported that Lionel Messi staying at Barcelona to witness the opening of the new Camp Nou is a priority, presidential candidate Joan Laporta.

The Argentine is poised to leave the club at the end of the season with Paris Saint-German and Manchester City standing on the wings for a potential transfer.

The 33-year-old is in the last six months of his current deal at Camp Nou and is allowed to speak to other clubs.