– The daughter of popular American actress, Gabrielle Union, has become an internet sensation again with a different expression

– Known as the kid who always wears a funny angry look, Kaavia James smiled in cute photos she took with her mum

Popular meme kid queen, Kaavia James, who is popular for her frowny and meaning-packed expression has gone viral with a look many could not easily associate with her.

Photos of the kid are all over the internet with her signature expressions that show that she is always angry about something.

Her mother, Gabrielle Union, who is also an American actress, posted her smiling photos on her Instagram page on Thursday, December 3 as she captioned it: 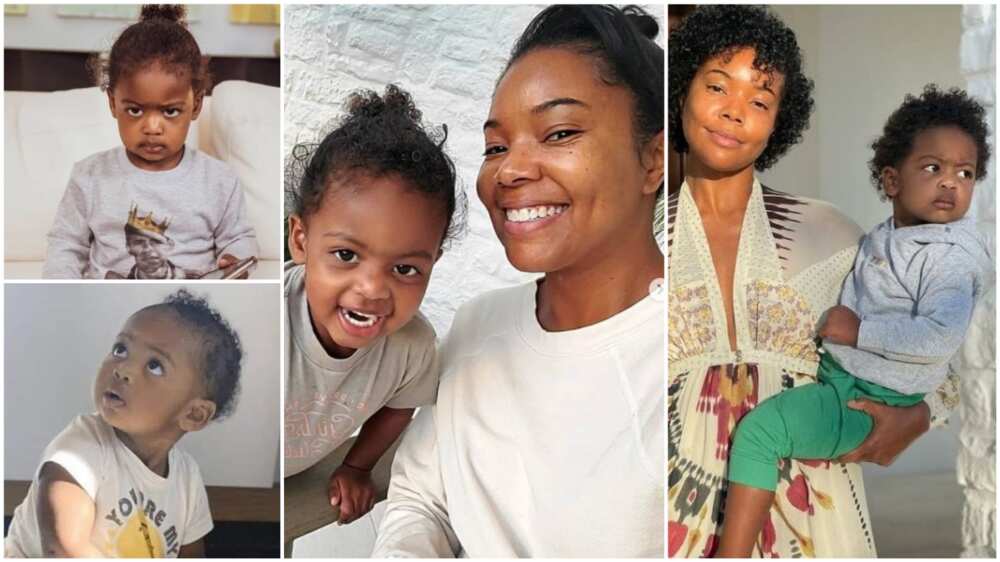 Kaavia’s smiling photos with her mum have been liked by more than 400,000 people with over 4,000 comments on Instagram as of the time of writing this report.

“She was exhausted at the end.”

“Wwhhaattt we got smiles 2day til the last slide then came the baby we used 2.”

“A rare and wonderful occurrence!!!!! We love to see it!”

“She didn’t want to ruin her rep by smiling too many times in a row.”

“She is so perfectly mixed with D and you.”

“That last pic looks like she was caught off guard. But I love that beautiful smile.”

Meanwhile, Bioreports earlier reported that an unnamed little kid became famous after a video of him showing off his wrestling skill surfaced on Instagram.

In the clip, the kid play-fought a dummy wrestling partner as he tried out the stunts he must have learned on the television.

Bruno Mars’ 24K Magic even accompanied his act as the kid jubilated. All the while the fight was on, an adult behind the camera acted as both the referee and his hypeman.

Running Hot: How Beyoncé and Jay-Z Got Stronger Than Ever After Scandal

Running Hot: How Beyoncé and Jay-Z Got Stronger Than Ever After Scandal