– Safo Kantanka Jnr, the CEO of the car-manufacturing company, shared a photo of the car under construction and mentioned that it is called the Akofena

– Although not fully confirmed, it is believed that Kantanka Automobile is making the new model in partnership with the young genius

In a post sighted by Bioreports on the personal Twitter page of the CEO, he posted a photo of the car that was still being worked on at the factory.

The Akofena, as shown by the image, took the same shape and form of the car that was manufactured by Kelvin Odartey, a young 18-year-old boy in junior high school.

Recall that a video of the 18-year-old Junior High School (JHS) graduate who built a car with recyclable materials went viral on social media weeks ago and after which he got the chance to bag a scholarship from Kwadwo Safo Junior.

The boy who caught the admiration of many on social media was said to have driven the self-made car to the examination centre to write his final paper.

Although it is not fully confirmed, it is believed that Kantanka Automobile is manufacturing the new model in partnership with the young boy. 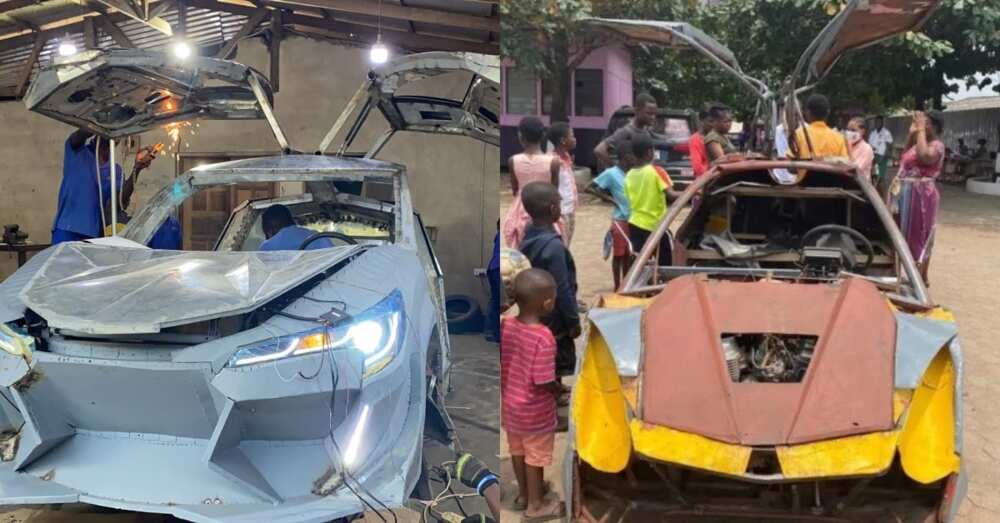 In other news, the photos of a young man and his innovative pieces have surfaced online and they have got a lot of people talking.

In the pictures, he could be seen posing beside one of the vehicle prototypes he built.

Northeast Reporters identified him as a Nigerian though Bioreports could not independently verify that he is.

In the pictures shared on Facebook, the unidentified man created trucks and cars with what looks like tiny wires.

By Yusuf Alli, Abuja Troops have been deployed in and around the Rice Farm  Centre in Koshebe area of Zabarmari,...