– The film star and her billionaire husband, Ned Nwoko, recently went on a fun date

– The couple were spotted dancing and chilling at the club

Young Nollywood actress, Regina Daniels, recently had a good time with her billionaire husband, Ned Nwoko, as they went on a fun date.

The young actress is obviously not letting marriage and having a child stop her from having her fun.

The film star whose marriage to the billionaire caused a lot of controversy on social media due to their age gap does not seem to mind all the naysayers.

Despite Ned Nwoko being much older than Regina, the duo still do things like regular young couples.

They recently had a fun date night as they went clubbing together. Regina shared several short clips from their outing on her social media page and it got people talking as expected.

In one of the videos, Regina and Ned were seen cosying up. In another video, the actress was seen whining her waist for her man. 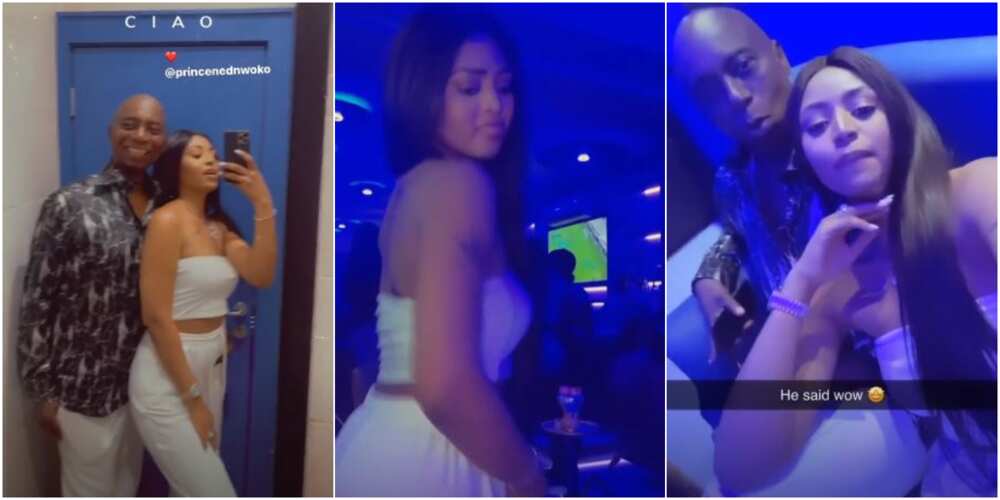 See the videos below:

Just recently, Bioreports reported that Ned Nwoko made a shocking revelation about his childhood to his wife.

The philanthropist was heard telling his wife that he used to be very good looking when he was much younger.

In a new video that was shared by Regina on her Instagram story, the couple was spotted admiring their cute little son, Prince Munir, and then Ned made the shocking revelation that he was just as handsome as a child.

He even went ahead to tell his wife to go and check his baby pictures.

Calvert-Lewin at the double as Everton beat Fulham