Real Madrid all they could to grind a 1-0 win over Real Valladolid in a La Liga fixture and keep pressure on leaders Atletico Madrid on the table.

Carlos Casimero’s second-half goal was enough for Zinedine Zidane’s men to put pressure on their city rivals after they lost to Levante at the Wanda Metropolitano.

Both sides created several chances on goal in the first half but neither of the teams could find the back of the net. 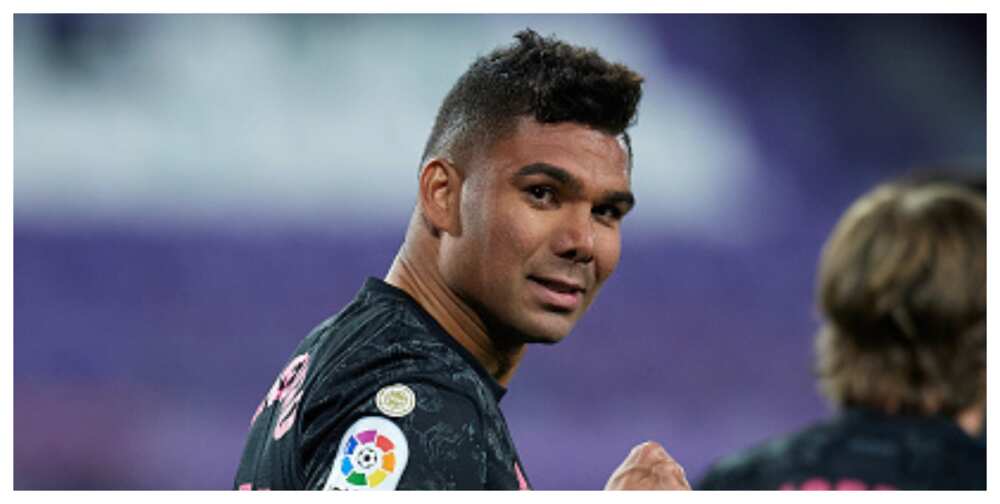 Thibaut Courtois was in superb form as he made three saves in quick successions to deny the home side the lead.

At the other end, Mariano who started ahead of Karim Benzema scored twice but was flagged in an offside position.

Casemiro had a free header and should have scored from a Toni Kroos’ cross but the Brazilian could not hit the target.

In the second half, Ferland Mendy almost gifted Valladolid a goal as he made a pass across the face of goal, only for Fabian Orellana to shot straight at Courtois.

The defining moment in the match came from a Kroos’ set-piece as Casimero was on hand to head home the winner, five minutes after the hour mark.

The win has now put Los Blancos back in the title race after Levante stunned Atletico by 2-0 to reduce the lead over their neighbours to three points from 23 matches.

Barcelona will also be five points behind the Wanda Metropolitano out if they defeat Cadiz in their outstanding week 23 game.

Meanwhile, Bioreports had earlier reported that Man United are reportedly keeping tabs on Real Madrid star Federico Valverde as a possible replacement for Paul Pogba who is unsettled at Old Trafford.

Pogba has widely been linked with a United departure in recent months, with his agent Mino Raiola claiming the midfielder is unhappy at the club.

Earlier in the season, Raiola asserted Pogba’s career at the Manchester club is over and even suggested a January exit was imminent.