– Sharing the pictures of the car online, she said she is now officially a member of the club of Tesla owners

A lady identified as Toni Tone on Twitter has shown off the new ride she bought on Thursday, September 24.

It was not just any kind of car, she got herself a Tesla model 3! In a post she made on the micro-messaging platform, the lady said that she has joined the group of Tesla owners.

Many people congratulated her as some posted the photos of their own Tesla, welcoming her to the club.

As at the time of writing, her post has generated massive engagements with over 4,000 retweets and close to 50,000 likes.

Toni posted two different pictures in her post. Both show the clean white electric car as she posed beside them. 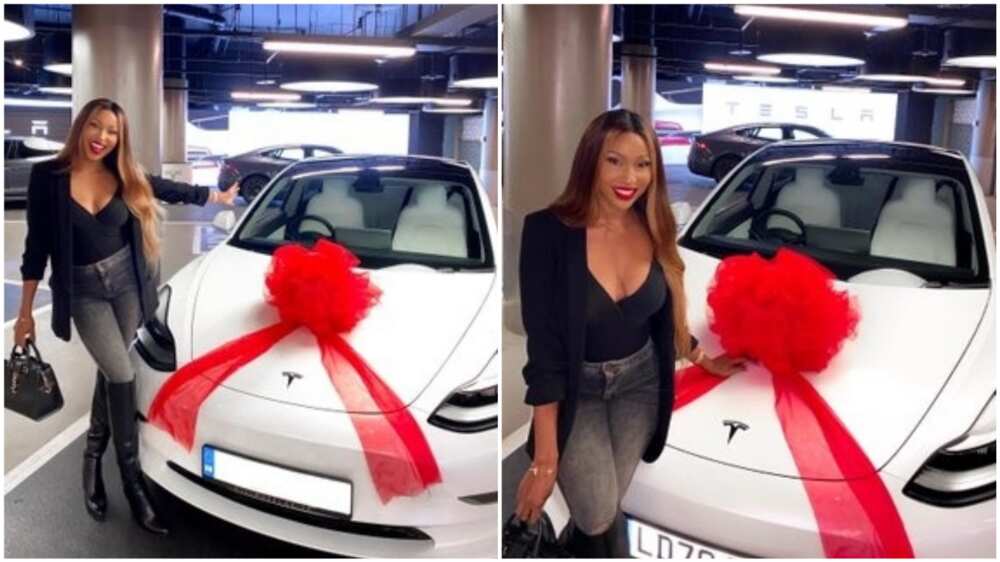 See her photos below:

These ones welcomed her to the community of Tesla owners.

Below are more replies:

“This is literally my dream car, I will get the car on my own no matter what. I’m so happy you achieved this goal”

“Congratulations! that is the best value car on the market. One day it will transform into a fully self driving car with a mere software update and you have an appreciating asset, you are in for one hell of an experience”

Meanwhile, Bioreports earlier reported that a lady with the Twitter name Jennifer Asotibe and an American doctor has bought herself a car as a birthday gift.

She said that she is very excited about it all. In a tweet on Thursday, September 24, she said that though it may not look like a Cuppy-kind-of car, she is very proud of herself. Jennifer said she looks forward to achieving greater things in the future.

By Sunny Nwankwo, Umuahia Three persons have been killed as two rival cult groups clashed in Aba, Abia State. The...

Why the youths are angry