Get a father like mine: MC Oluomo’s son addresses people who call his father a tout

Actress Stella Damasus has got her fans and followers gushing after she shared a throwback photo on her social media page.

The photo showed a young Stella with a smile on her face as she carried her daughter who was a baby.

The actress stated that she was 22-years-old when the photo was taken. Stella also noted that her baby was one at the time. 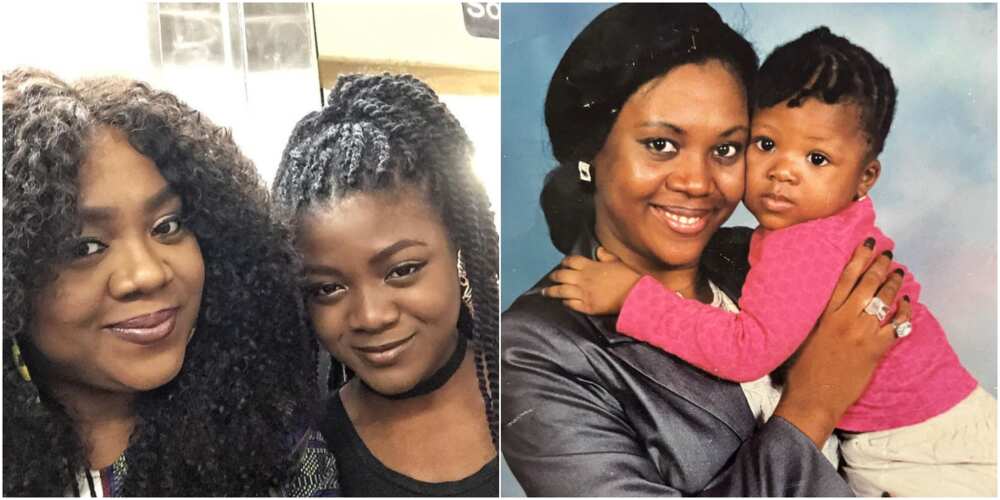 Stella Damasus shares a throwback photo of herself and her daughter.
Photos: @stelladamasus, @izzybelleimages
Source: Instagram

According to the mother of two, the photo was taken 21 years ago.

Fans and followers were surprised by how the actress looked then compared to her look now. Even some of her colleagues hailed her for looking so young and beautiful.

According to her, people should understand the difference between social media friends and true friends.