– One of the supposed die-hard fans of Bobrisky who drew a tattoo of the crossdresser on her back, has cried out

– In a recent video, the lady revealed that she had been disowned by her father over the tattoo

– Several internet users have since reacted to the video

A video is currently trending online of a lady who drew a tattoo of popular crossdresser, Bobrisky, on her back. While some have gotten gifts from him, she is yet to get any.

As a matter of fact, the tattoo got her disowned by her father, according to the video. The lady who is seen in tears opened up about her challenges, pointing out that even Bobrisky was yet to acknowledge her effort.

According to her, Bobrisky neither recognized her effort not followed her back on social media.

The video sparked reactions from social media users who were either annoyed by it or amused by the predicament of the lady who now has a bold tattoo of Bobrisky on her back.

“So you have a father”

“You’re maad for allowing me to waste my data for watching ur useless video your father should have done worst to you… How old are you gan … wish i knew her handle.”

“The bone of contention isn’t yout father disowning you. You just want a call from bobrisky to give you money and gifts. Pele,lati go call you too soon.”

“Do u know all the tattoo stories are done by girls? See men future wives. Mumu mumu people everywhere‍♂️. Ur dad did well.”

” this is what u get when u can’t tattoo ur father, but tattoo a whole woman/man on your body. Ori e ti fo danu “ 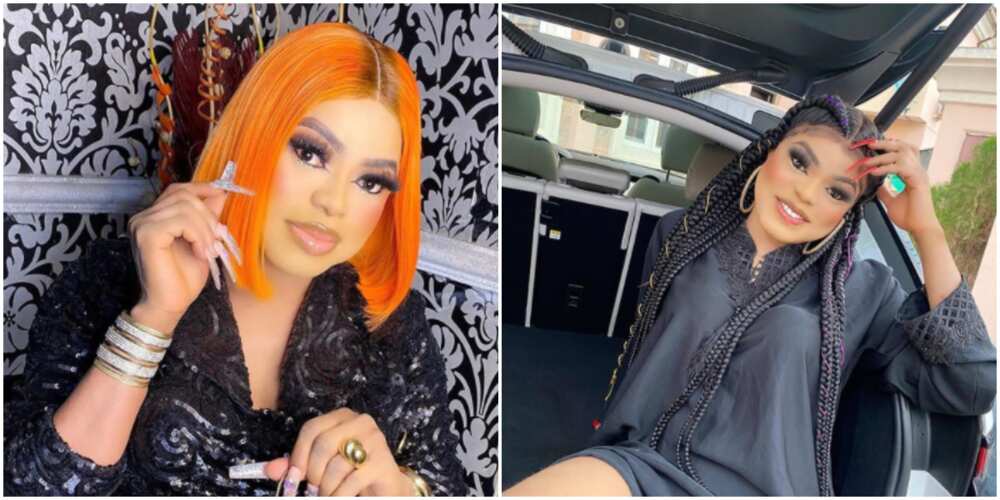 Bborisky rewarded some fans for drawing a tattoo of him on their bodies.
Photo credit: @bobrisky222
Source: Instagram

However, Bobrisky recently celebrated some of his fans after they got tattoos to celebrate him. The third fan to toe the same line, Ewatomigold, finally received her own reward.

The young lady had inked Bobrisky’s picture on her back and she shared the video on social media. After the video went viral, the crossdresser thanked her for showing love and that was where it ended.

The lady later took to social media to lament about how some people in Ikorodu area of Lagos recognised her for getting a tattoo of Bob then proceeded to rough-handle her.

Well, Bobrisky has now rewarded her after what she went through.