– In the video, the singer is seen caressing the lady in a suggestive manner

– 9ice in late 2019 got married to one of his baby mamas, Olasunkanmi Ajala

– Many Nigerians have since reacted to the video

Nigerian singer, Alexander Abolore Adegbola Akande, better known as 9ice, has sparked cheating speculations after a video of him with a woman surfaced on the internet.

In the video, the lady appears who captured the moment is joined by the singer who comes up behind her and then proceeds to caress her chest area.

Although it is uncertain if the video was made before or after his marriage – third marriage – to one of his baby mamas, Olasunkanmi Ajala, the video which has since gone viral online has caused mixed reactions amongst Nigerians. 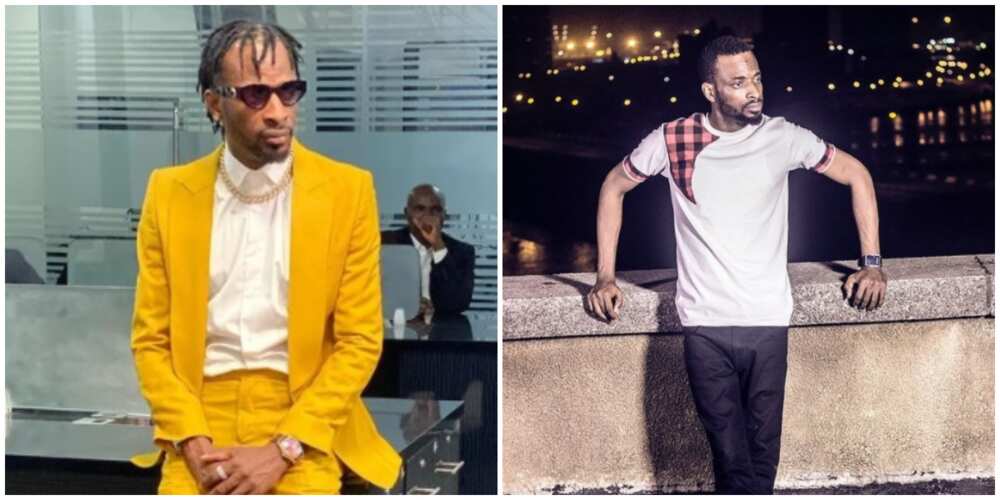 Many internet users have criticized the singer over the video with some throwing jabs at his inability to win a Grammy award.

This news comes barely a year after the Gongo Aso singer got married for the third time.

Photos and videos from the white wedding ceremony of popular Nigerian singer had gone viral in late 2019.

Recall earlier, Bioreports published the news of his traditional wedding to Olasunkanmi which took place on December 26.

Several photos and videos from the event soon went viral on the internet. Well, the couple sealed the deal entirely as they held their white wedding on December 30 in the cheering presence of their friends and well-wishers.

Meanwhile, Nollywood actress Eve Esin and her filmmaker fiance, Chijioke Nneji, have reacted after being called out by the latter’s ex-wife, Uche Ubanwa Loveth, for allegedly destroying her home and seizing her kids.

Recall Chijioke was called out for allegedly referring to his kids as “bastards”. In a new post, he denied these claims and added that their union had been over for many years ago and they had gone their separate ways.

US government recommends not traveling over Thanksgiving

Why we are on strike, by Imo doctors