A hero rat trained to detect landmines in Cambodia has been rewarded for its dedicated service.

The giant African rat named Magawa was on Friday, September 25, morning awarded a gold medal for its bravery, devotion to lifesaving and diligence on duty, Bioreports has learnt.

According to Independent UK, Magawa was formally presented with the miniature PDSA Gold Medal, which is the animal equivalent of the George Cross. 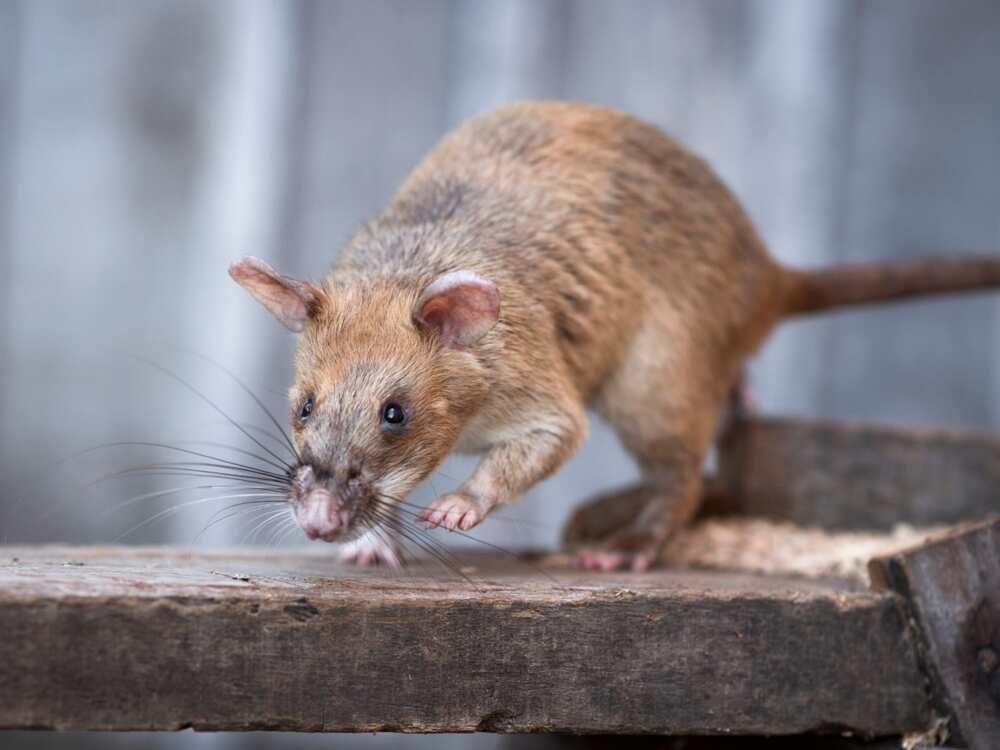 Magawa, who goes by Hero Rat as well, becomes the first-ever rat to receive a PDSA Medal since the charity began honouring animals 77 years ago.

It was trained by a Belgium-based animal charity organisation known as APOPO.

The rat has so far discovered 39 landmines spread across 141,000 square metres of land, which is an equivalent of 20 football fields.

It should be noted Magawa’s service has directly saved and changed the lives of many people whose lives are impacted by the landmines.

Each and every landmine Magawa discovers reduces the risk of injury or death for Cambodia local people.

Executives at APOPO, where Magawa was trained, lauded the hero rat, adding that it brought the institution honour by saving many lives.

The Cambodian Mine Action Centre reported that Cambodia may be sitting on top of more than six million landmines and other pieces of unexploded ordnance.

As a result, Cambodia has been recording the highest number of mine amputees per capita in the world, with over 40,000 people suffering because of the mines.

With such a huge number, the country now depends on animals such as Magawa who can search an area as big as a tennis court in 30 minutes only.

This, according to experts is quite a relief since the same area would take a human with a metal detector up to four days to complete.

According to APOPO CEO Mr Cox, the company trains rats because they are intelligent and can do repetitive tasks for rewards better compared to other animals.

Cox also explained that the company finds it easy to use rats because their size makes it less danger when combing fields for landmines. Bioreports gathers APOPO, which trained Magawa also trains rats to detect tuberculosis.

The animals, according to the company, undergo a year of training before they are certified. After training, rats can work for around half an hour every day, but early in the morning.

Meanwhile, Bioreports earlier reported that a parrot became a world celebrity after it rendered a smooth cover of Beyonce’s If I Were A Boy.

Called Chico, the nine-year-old amazon parrot is known to always sing at the Lincolnshire Wildlife Park in Boston, England.

A clip of the bird giving a marvelous rendition of Beyonce’s song went viral since it was uploaded on social media.

Panic as police raid factory and find about 320,000 used condoms being repackaged for sale (photos)