– However, a social media user called out the superstars for not using face masks and observing social distance

A video sighted on Instagram captured the two music stars alongside members of their crew at a popular beach house in Lagos.

Naira Marley had his arm around the fuji star’s neck as he occasionally whispered in his ear. The two were also seen striking poses for the camera.

Interestingly, the male celebrities were not the only popular faces spotted in the video. Nollywood actress, Bisi Ididapo-Obe, was also spotted beside Pasuma.

Check out the video as spotted on Instagram below: 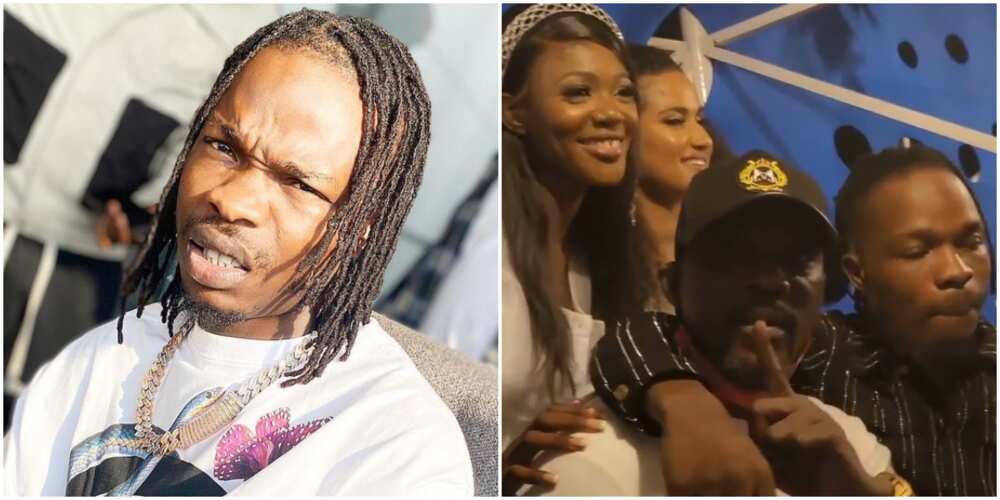 A social media user who reacted to the clip called out the superstars for not observing social distance and also not wearing face masks.

“No Social distance, wearing of mask only a few, saliva dey fly from mouth to mouth.”

Meanwhile, Bioreports previously gathered the report of a viral video of school kids which caught the attention of Naira Marley.

The video captured the moment young school students were whisked away from the school compound by Amotekun operatives for reportedly modelling themselves after the rapper.

Naira Marley in an Instagram post condemned the actions of the security operatives while tagging it as ‘child abuse’.

“The teachers and this stupid uncles with guns need to get arrested.I want to meet all these kids I owe them please help me with the name of the school or link me up with any of my Marlian Kids.”

Schools across Africa shutdown as Covid cases spike across the continent

I'm the most hated person, BBNaija's Erica writes, Delo Momodu, others comfort her