a minute ago
65 views

Manchester City continued with their impressive performance this season in the Premier League beating visiting Arsenal 1-0 on Saturday, October 17, at the Etihad stadium.

The Citizens started the match impressively and they would have even scored the opener in the second minutes through Riyad Mahrez who fired a shot that was parried by Leno.

Arsenal striker Aubameyang also had the chance to give his side the lead five minutes later, but his shot was blocked by goalkeeper Ederson who was at full stretch.

England international Raheem Sterling broke the hearts of the Gunners fans when he scored the only goal of the match in 23rd minute.

Mikel Arteta introduced new Arsenal player Thomas in the 83rd minute, but the Ghaniaan was unable to save Arsenal from a defeat against Pep Guardiola’s side.

Arsenal will now be hoping to bounce back with great outing in their next game which will be in the Europa League against Rapid Wien. 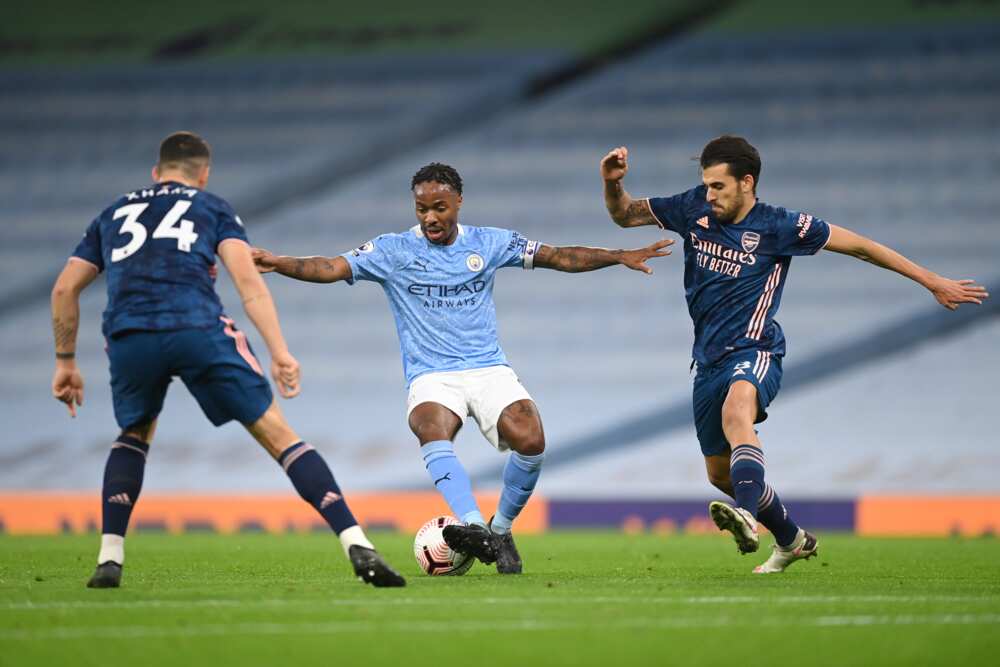 Earlier, Bioreports had reported how Mikel Arteta who is the manager of Premier League side Arsenal is reportedly saving money for the Gunners over his decision not to include Mesut Ozil in his team so far this season.

The last time Mesut Ozil played a competitive match for Arsenal was in March this year before football was put on hold by the authorities in charge of the game.

But since the resumption of football in England and many parts of the world, Mesut Ozil is still being overlooked by Arsenal boss Mikel Arteta despite being the highest paid at the Emirates.

Things have turned sour for Mesut Ozil at Arsenal this term as the World Cup winner has also been omitted from the Europa League squad.

The report added that the North London giants have been saving themselves money by Mesut Ozil not playing so far this term in the Premier League.

Due to the contract he signed in 2018, there are big bonuses attached to every game Mesut Ozil will play for Arsenal.

By Daniel Adeleye A non-governmental organisation, Human Development Initiatives has enjoined Nigerian government at all levels to devote more percentage...