– A young lady has caused huge stir on social media after she shared her wedding photo with her new husband, a man she had asked out months ago

Overtime love has proven to make people taken unusual actions and moves with outcomes that are usually not favourable, but a pretty lady’s ‘bullet has hit a sharp target.’

The young lady @MrsKaranu took to Twitter in celebration mood to announce that a man she had approached months ago has ended up becoming her husband.

In a tweet that has now gone viral with over 17k reactions, the lady tagged her previous tweet dated June 2020 where she had disclosed that she just asked a man out.

Social media users celebrated and gushed over her amazing love story and wished her a successful marriage. 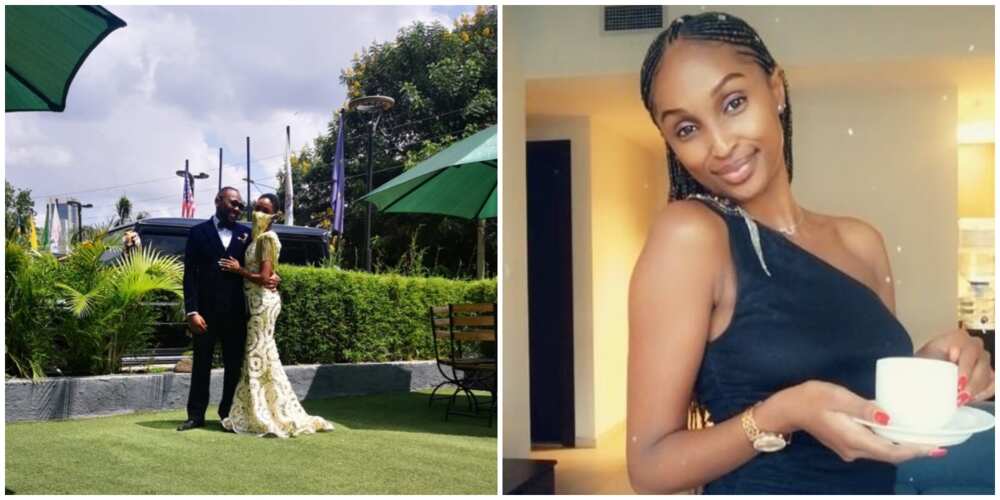 Social media reacts as lady marries man who she had asked out months ago
Photo Credit: @MrsKaranu
Source: Twitter

“I feel like the chances of the relationship working out is higher when the girl actually goes for the guy she wants.

“When a lady shoot her shot…it means she already knows what she want and aware of what she’s bringing to the table..she’s already independent,no need for your money,just stability and future goals…no time to waste…a guy just have to check for compatibility and then marry..”

“Me i don’t trust this street sha….

“But come twitter come shout i just shoot my shot………na so i dey till now I don shoot shot…ammo don finish i don even order from russia.”

Meanwhile, Bioreports earlier reported that a Nigerian lady said she is ready for marriage and asked men in UK, Germany and others to apply.

In a post on the platform on Thursday, October 22, Nuel said she wants men from the UK, Germany, Canada, and Russia to proposition her.

In showing why she is the best wife, the pretty Nigerian lady said that she has a dark complexion and she has enough body thickness to care for her husband and kids.