– In the viral clip, the is amputee is seen showing off his cool dance moves to a Naira Marley song

– Several internet users have since reacted to the trending video clip

Indeed, happiness merely depends on one’s mindset and for a physically challenged young man who has since gone viral, not even missing a limb can stop him from dancing. 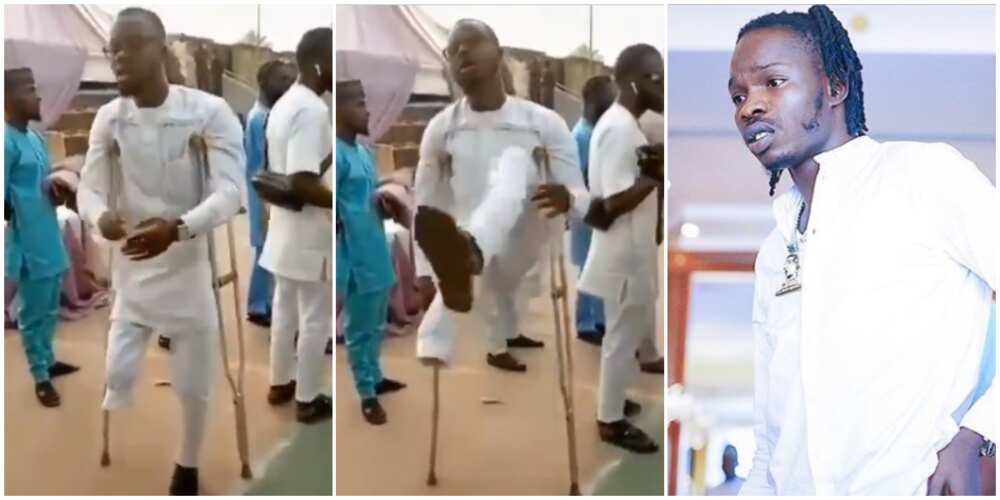 Mustapha shared the video with the caption:

“Don’t watch this video without RT “I don’t have a dis-ability, I have a different Ability”~R.M. Hensel When life gives you lemon, make lemonade out of it.”

“Someone should open gofundme for Musty to get a prosthetic leg. He needs to show us more moves.”

Meanwhile, Michael Showunmi has demonstrated that one doesn’t have to be well-to-do physically to make another person smile.

The maths teacher took two kids by storm as he paid their school fees.

In a post he made on Linkedln, Michael said he had visited his primary school and informed the school’s principal that he desires to pay the school fees of two challenged students.