The photos of a woman with the Twitter name Skai Jackson, an American YouTuber, and her mother have got many talking on Twitter.

They both have a striking resemblance that people can hardly tell who is the mother from the daughter in their matching outfit.

When the photos surfaced on Twitter, they quickly went viral, drawing diverse comments from tweeps.

People praised their good genes and also the beauty of the mother and daughter. As at the time of writing this report, the tweet has over 500 quoted replies and 44,000 likes. 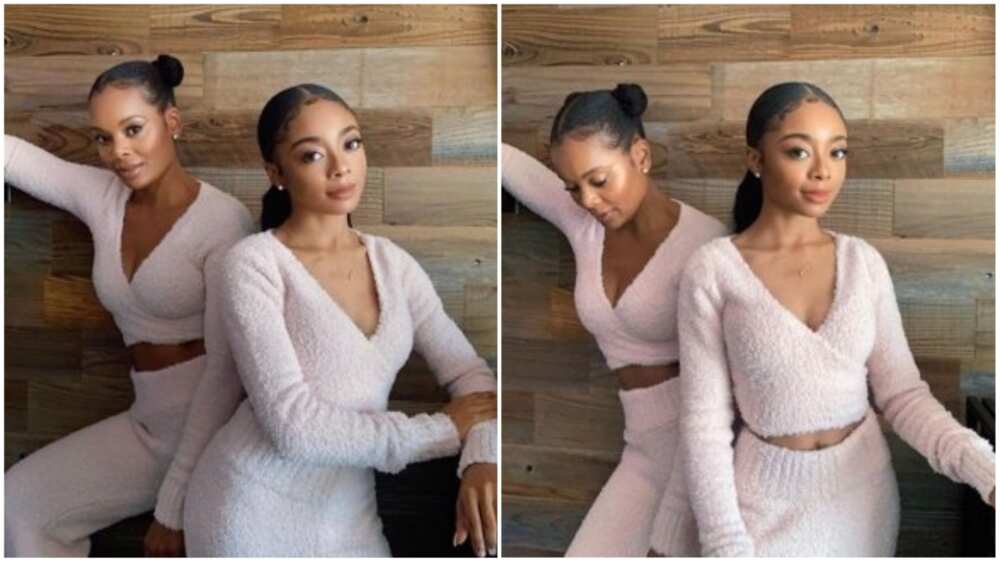 Bioreports compiled some of the reactions:

“Can’t argue with that. You’s are both gorgeous.”

“Those genetics are perfect, her mom looks like she could be skais older sister.”

“You and your mama are just so beautiful. It has been amazing watching you grow up over the years. From Disney to DWTS girl you do the dang thang lol love you Skai.”

“Umm that’s not a mom, looks just like her sister omg! What’s the secret??”

Meanwhile, Bioreports earlier reported that photos of a Nigerian woman, Ada Ujaligwa, and her son went viral as people could easily mistake them for a couple.

In a Facebook post on Thursday, September 3, the woman said that her athletic shape could be tied to her healthy lifestyle, adding that she exercises regularly.

Ada said all her children and husband are “team health and fitness”. She said going by how she looks beside her son, people always express disbelief in the fact that she is his mother.

“And now people are doubting that I am the mother of a baby boy I carried in my belly for 9 months and give birth to after more than 18 hours of gruelling labour at 24yrs of age …..”

Jare Ijalana: The most beautiful girl in the world is from Nigeria | Interview | Bioreports

It started with a simple leg pain - Father of girl who had 7 A1s in WAEC finally bares emotion, explains her journey to death as Nigerians mourn