The photos of an old Nissan car with a very cool interior have generated thousands of reactions online as it started a whole conversation about classic cars.

Posted by a handle with the name justu, the gearbox looks very modern. The backseat of the old vehicle looks well padded you may just think you are sitting in a Porsche.

The Nissan’s dashboard and the stereo panel still maintain their old looks that speak of the time the car was made for.

Many people who reacted to the tweet also posted their old cars and how they are very proud to own them. 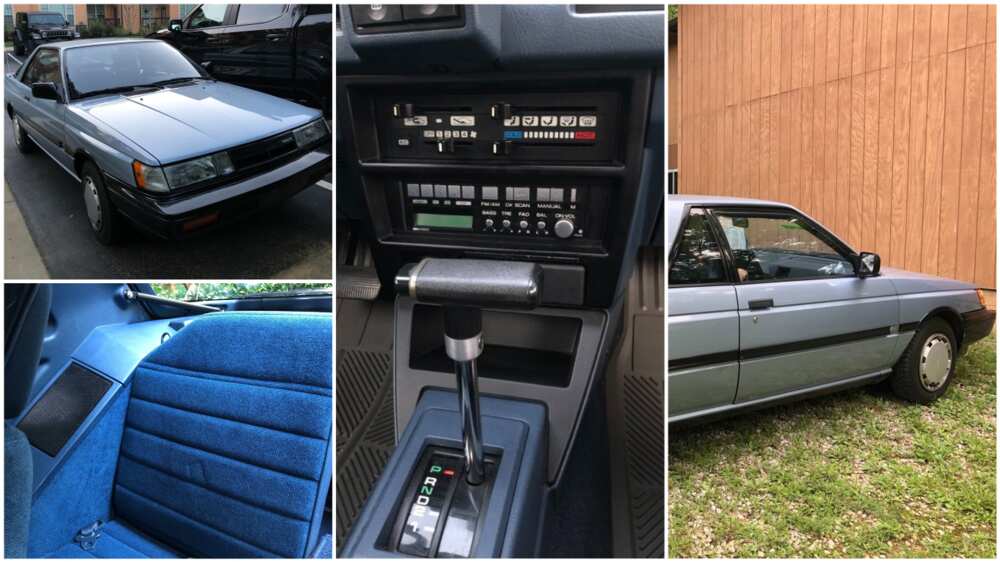 Check out the photos of the classic car below:

His tweet opened up a flood of reactions as others shared photos of their own cars which they are very proud of. According to some who commented, the car may not be fancy but it gets them from point A to point B and gets the job done.

These were the ways people reacted to the tweet:

In a tweet shared by Africa Facts Zone on Wednesday, June 3, it was revealed that Muhammad converted an old Volkswagen Beetle vehicle into a Rolls Royce replica.

Pictures of the Nigerian standing proudly with his creation were shared on the micro-messaging platform.

In other related news, Oladele Ogbeyemi, a young graduate and serving member of the National Youth Service Corps (NYSC), succeeded in redesigning a Mazda 323 car using scrap metals and other such wastes.

Ogbeyemi, whose profile reads that he graduated from the Yaba College of Technology, a tertiary institution based in Lagos, Nigeria, said he achieved this design during the recent lockdown imposed by the country’s government.

Expressing excitement at being able to complete recreating the car, he said the project cost him six months of his allowances as a youth corps member.