Photos of Nigerian man who was once a barber charging N25 go viral, he now has PhD from UK university

Sharing four photos on the platform, Nasir said that things could change with a strong belief in self, hard work, and prayer.

According to the man, the first frame showed when he was making a service charge of N25 as a barber with little resources

He added that the second picture was him as a driver trying to make ends meet. The third snap showed the man during his wedding ceremony.

Many years after, the man graduated with his PhD from the London Metropolitan University.

Many Nigerians took to his comment section to wish him well. As at the time of writing this report, his tweet has over 1,000 likes with hundreds of comments.

“You’re an inspiration to many, and the above pictorial story demonstrates your humility, hard-work, courage and ability to grow as a human; to learn, aspire and achieve. May you be greater than you are.”

“May Allah continue to bless you and your family and May he also bless us and our hustle.” 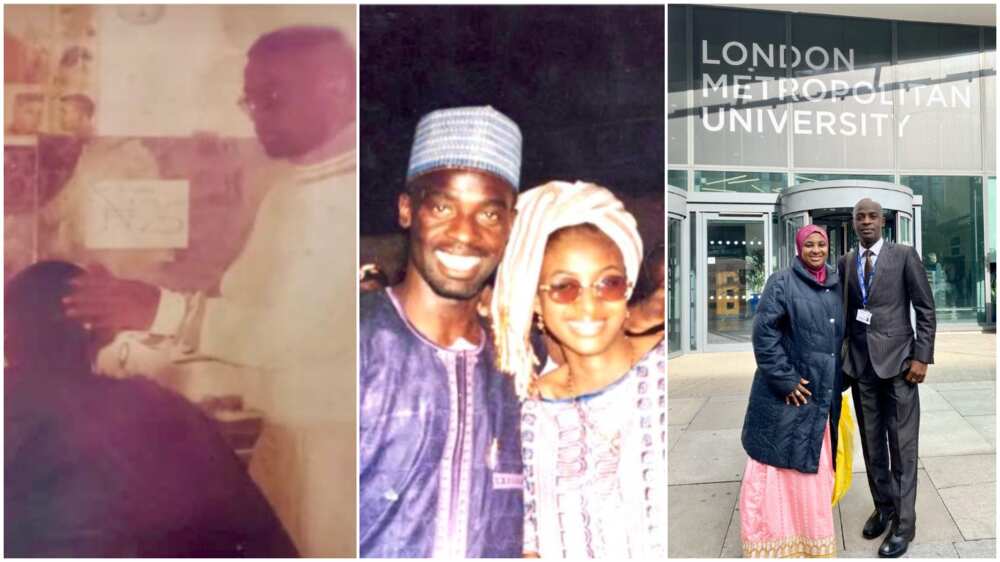 People said that his story is indeed an inspirational one.
Photo source: @nasirdaniya
Source: Twitter

“Masha Allah! Thats life. May Allah continue to make it easy for all of us. Ameen. Congratulations doc.”

“Congratulations on your anniversary, sir. And, thank you for the inspiration.”

Meanwhile, Bioreports earlier reported that a young Nigerian man, Ehigie Osebor, took to the bird app to announce that after spending six years in medical school, he has now passed his final exams.

The man’s tweet on Monday, February 8, was in response to a post he made in 2013 where he excitedly tweeted that he just got an admission.

Posing in his medical overall with a stethoscope hanging around his neck, the man said he is excited that he is going to become a doctor.