– According to the heartwarming post, the man also goes out of his way to offer top-notch service to his customers

– Many locals commended the hardworking man in the busy comments section

Prince Ashley Loxion Sambo recently headed to Facebook’s ImStaying group to share a heartfelt appreciation post about a hardworking man who left him feeling all sorts of inspired and motivated to do more.

”This brother is a great hustler. He walks at least 15km selling tomatoes and onions with a wheelbarrow. What caught my attention was not the tomatoes or onions but his hard work. I felt the need to support his hustle. I called him and he waited at my fence. 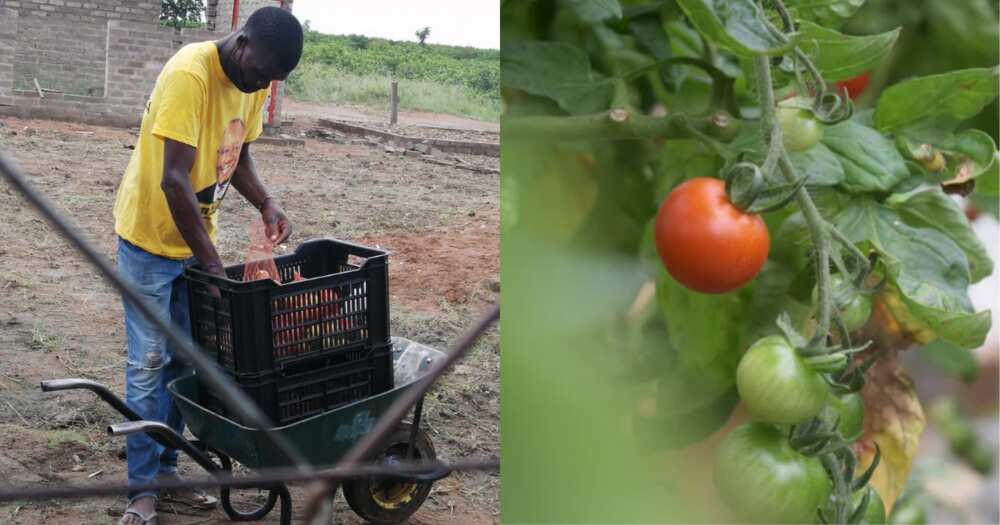 He then went on to praise the man for offering great customer service and even making sure to keep hand sanitiser on him while also wearing his mask at all times.

”What a good service from this brother. He had a face mask on and he was carrying a sanitiser. I decided to give him one of the maize cobs which I had roasted. It is people like this brother who make me stay in Mzansi. So I have no choice but to stay because of people like him,” he wrote proudly.

People had this to say about the inspirational post:

“May God grow his business.”

Meanwhile, Bioreports earlier reported that a young beautiful lady toed the path that many feared as she showcased her big farmland on Twitter to the admiration of many.

The lady said that going into agriculture was the best decision she made in 2020. The female farmer asked tweeps to connect her to customers.

Also known as Mama_Organics, the lady posted four pictures that showed the expanse of her farm, telling people she supplies farm produce in bulk.