– Except by providence, some governors would soon dump the PDP for the ruling APC

A report by The Bioreports News indicates that the alleged plan by Governor Bello Matawalle of Zamfara state, Governor Bala Mohammed of Bauchi state and his Cross River State counterpart, Governor Ben Ayade, to defect to All Progressives Congress (APC) has sent jittery to the Peoples Democratic Party (PDP).

Bioreports gathered that the newspaper said the negotiations are being handled by the chairman of the APC caretaker committee, Governor Mai Mala Buni and Governor Yahaya Bello of Kogi state.

The report said that an impeccable source within the APC said that Governor Ifeanyi Uguwanyi of Enugu state was also being targeted by the APC but had declined their advances. 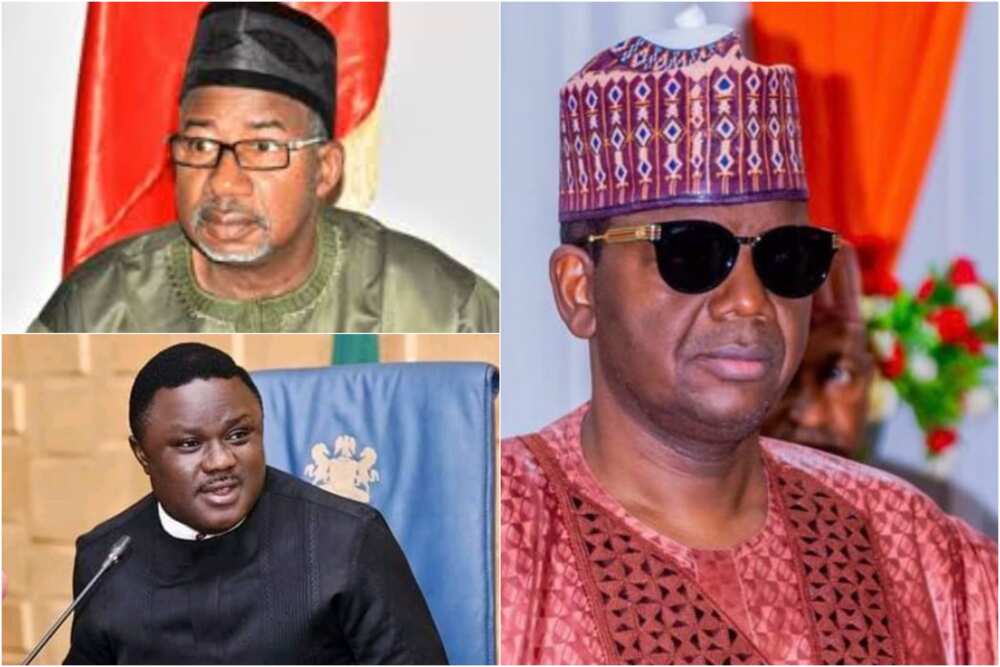 “Uguwanyi has been targeted but he is proving stubborn. Our aim is to ensure that we have at least three southeast states out of the five ahead of the 2023 elections. If we cannot get Ugwuanyi, we will ensure that we win the Anambra governorship election which comes up later in the year.”

The newspaper noted that Governor Matawalle of Zamfara state had already been accepted by top APC leaders like a former governor of the state, Senator Ahmed Yerima, who had stated publicly that Matawalle would defect.

“Matawalle became governor through a Supreme Court ruling. Zamfara state is still very much APC and Matawalle is seeking a second term in office. He has been able to establish a good relationship with President Muhammadu Buhari.

“He has also been at loggerheads with the leadership of the PDP. In November 2020, Matawalle lashed out at the South-South governors of the PDP for generating bad blood in the party.

“He said he was disappointed with the south-south governors for sparking the controversy over the Zamfara gold issue and even said he was not surprised by the decision of Governor Dave Umahi of Ebonyi state to dump the PDP for the APC. He is therefore expected to join APC soon.”

According to the report, Governor Bala Mohammed of Bauchi state was also expected to join the APC soon and had already begun taking pro-APC positions on several matters.

“Bala Mohammed is also seeking a second term. His recent statements on herdsmen and his refusal to blame the federal government are due to his relationship with the Presidency. We have made frantic efforts to keep him in the party but it seems he may have made up his mind.”

It also noted that Governor Ayade of Cross River state said that he had fallen out with his predecessor, Senator Liyel Imoke.

The report also added that a former minister of aviation, Femi Fani-Kayode, is also expected to leave the PDP soon along with some governors before the registration exercise of the APC ends.

Meanwhile, Bioreports had previously reported that amid his alleged plan to defect to the APC, Fani-Kayode, finally cleared the air.

It was reported that Fani-Kayode said in a Facebook post on Sunday, February 21, that over the last one week, millions of Nigerians have expressed concern about which direction he is going politically.

What the ruling means for Manhattan DA’s Trump investigation