– Patoranking has started out a new challenge on social media, leaving his fans excited

– The singer in a recent post, shared a video of singer Ayshani doing a cover of his song, Mon Bebe

– In the caption, Patoranking revealed he was ready to give out $1,000 to whoever could do a better cover

Nigerian singer, Patoranking, has given music lovers something to hop on with the chance of winning N381,250 ($1,000).

The singer whose song, Mon Bebe, is currently enjoying massive airplay and streams, took to his Instagram page to share an impressive cover of the song done by an upcoming talent identified as Ayshani.

The singer then challenged anyone who could do a better cover stating that the person would receive the lump sum.

“Giving out $1,000 to anyone that can sing it better than @iamayshani let’s go #Monbebe”

Meanwhile, Nigerian rapper, CDQ Olowo, was recently in Abuja and he appeared to have stayed in the same hotel where his colleague, Patoranking, was also lodged.

The rapper took to his Instagram page with a video that captured the hilarious moment he made a stop at Patoranking’s hotel room.

In the clip, Patoranking was about to take a seat on his bed when CDQ showed up and passed a comment that made the singer spring to his feet.

This was followed by both music stars trying to exchange playful Bioreports Newses. 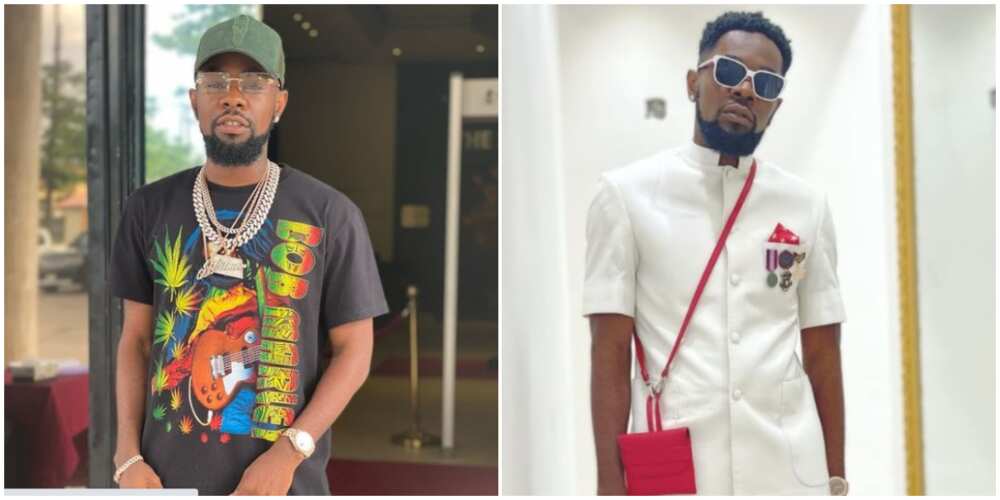 In other news, Tanzanian superstar, Naseeb Abdul Juma professionally known as Diamond Platnumz, has revealed some interesting new details about the remix of his song, Number One, with Nigerian singer, Davido.

Speaking with Nairobi News, the singer opened up about how he almost went broke in 2013, at a time his musical career had started to blossom.