– According to the man of God, he and his were blessed with pounded yam, vegetable and chicken at a time they had nothing to eat

Pastor Enoch Adeboye of the Redeemed Christian Church of God has narrated how God intervened for him and his poor uncle in 1956 at a time they had nothing to eat.

The cleric, who took his followers down memory lane via his Instagram page, said he was poorer than his uncle and they would always share whatever the latter had.

He said they were very hungry on a particular day and there was no way they could get food. According to Pastor Adeboye, a young girl brought pounded yam, vegetable and chicken and said her sister sent her to give the food to the cleric’s uncle. 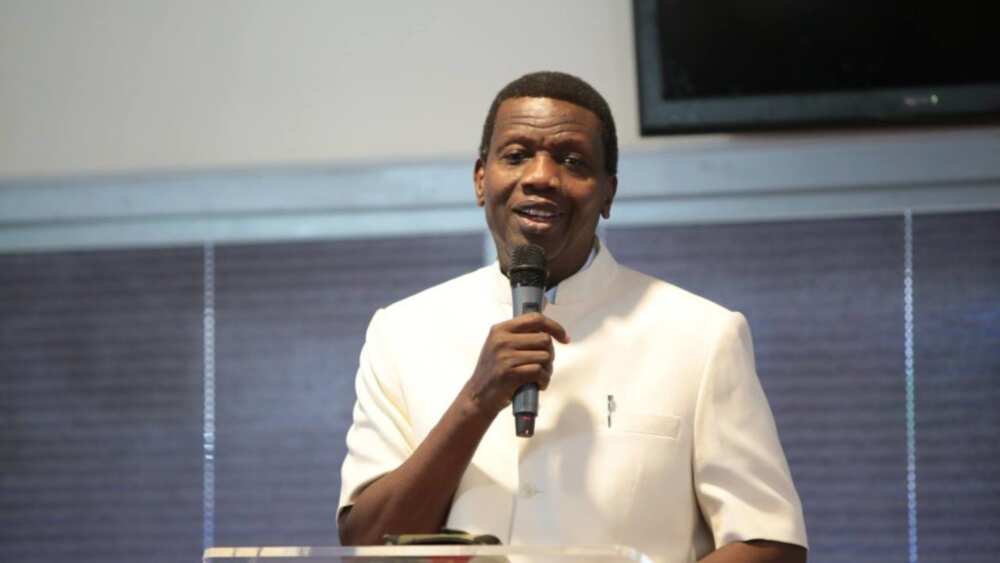 Pastor Enoch Adeboye says God showed up for him and his uncle when they had nothing to eat.
Photo credit: BuzzNigeria
.

Pastor Adeboye’s uncle asked the girl if she was sure because he didn’t know her sister, but the girl insisted.

“The girl insisted so we took the food and my uncle said he would look for a gift to give her some other time and she left.

When the girl left, the man of God and his uncle devoured the food. The plate had already been left empty when the girl came back to say the food was not for Pastor Adeboye’s uncle.

Praying for his followers, the cleric decreed:

I decree to you today, the miracle you don’t deserve, the Lord will send it to you this week.”

In an earlier report by ., Pastor Adeboye predicted a tragic end for those behind terrorism in Nigeria.

Adeboye made the prediction on Friday, October 9, via his official twitter handle.

The clergyman who suggested that his prediction was backed by a divine origin, stated that terrorists and their sponsors in the country will not see the new year.

Great joy as Saudi Arabia gives 424 university scholarship slots to Nigerians, asks applicants to do this