Oyo politician blows hot in viral video, accuses Governor Makinde of ‘eating alone’ while he suffers after getting him into power

– According to the politician, Governor Makinde has turned his back on him and his childhood friend simply identified as Wasiu

An unidentified politician in Oyo has expressed displeasure to his fellow politicians in the state over Governor Seyi Makinde’s attitude towards him.

The politician could be seen in a viral video ranting that he worked tirelessly for the election that brought Governor Makinde to power, adding that the governor has not compensated him for his contribution.

While the ranting was ongoing, the politicians he was complaining to calmly sat and listened to him without saying anything.

He said Governor Makinde’s childhood friend simply identified as Wasiu has not been helped by the governor either.

The politicians went on to urge the person behind the camera to continue filming the session and share it on social media afterwards.

He said he is not a mad man, adding that it is not appropriate for Governor Makinde to be enjoying tax payers’ money alone while he suffers. 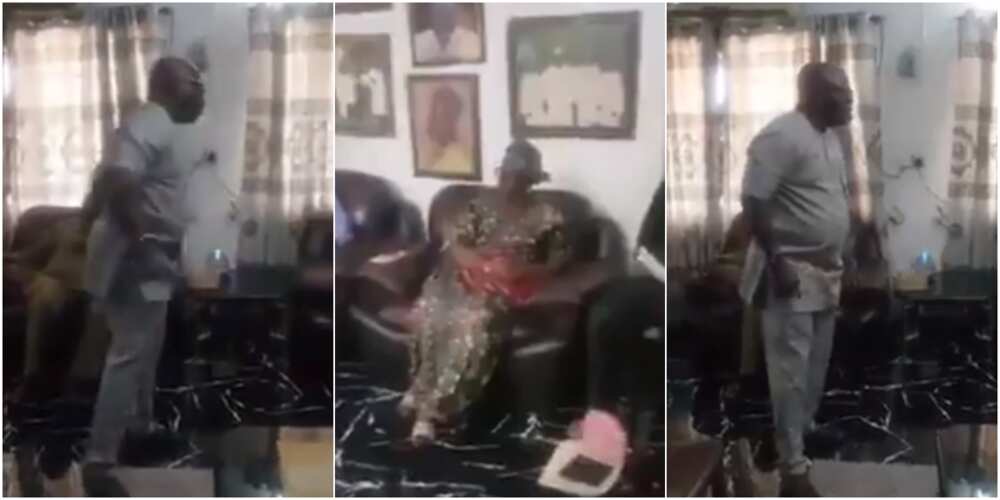 The politician says Governor Seyi Makinde has not compensated him for contributing to his electoral victory.
Photo credit: @Equityoyo/Twitter
Source: Twitter

Tweep with the handle @hanny365 wrote:

“This are the people that spoils the political system, because you ran and errands b4 he became Governor,so he must continue to give una goodies because it’s the ‘ government Money’ This person right here are the problems we got in Nigeria.”

“This video right here summarises one of the many issues with Nigeria. Unqualified people feel entitled to political positions and they see it as opportunity to alleviate themselves from poverty.”

“That’s the problem with most Nigerian politicians, when they got the power, they always forgot where they’re coming from.

“Instead, Makinde should’ve engaged him and keep him busy, if he mess up, he’ll has something to hold on with.

“But bro Wasiu didn’t go to school na? Should we give him appointment meant for graduates? Bro Wasiu was doing omo igboro when seyi was in engineering school!!”

Meanwhile, Bioreports previously reported that the Soun of Ogbomoso, Oba Oladunni Oyewumi Ajagungbade III, rejected the N100 million pledge by Governor of Oyo state, Seyi Makinde, for the renovation of his palace.

It was reported that during one of EndSARS protests in the town, angry youths invaded the palace of the Oba and destroyed some properties over the death of Jimoh Isiaq.