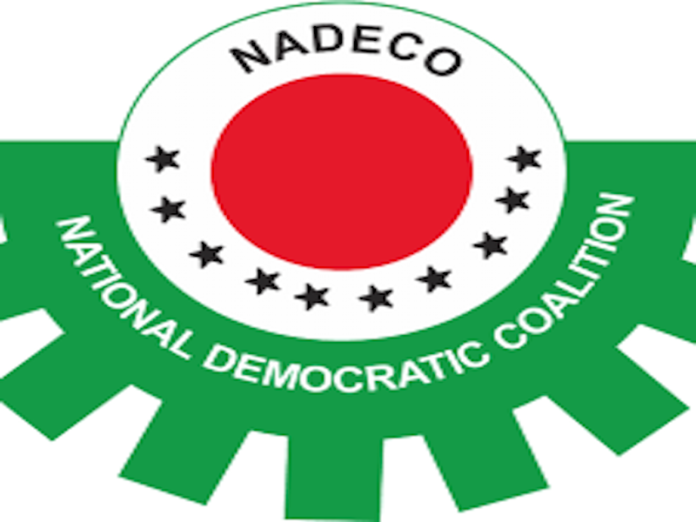 The General-Secretary, National Democratic Coalition (NADECO), Mr. Ayo Opadokun, yesterday warned that Nigeria can only remain united when all citizens and the various ethnic groups are treated equally and respected.

He said no nation put together by the force of arms had ever lasted.

He said: “Nigeria will not be an exception. This entire clamour; all these agitations for the indissolubility of the Nigerian state and the likes- they are all wishful thinking.

“We can only remain together if we are equal; if we are treated equally; if the fundamental human rights of everybody are respected and if a group of people don’t imagine themselves to be the owners of the Nigerian project and all others are spectators”

Speaking yesterday on The Morning Show on ARISE NEWS Channel, the broadcast arm of THISDAY Newspapers, Opadokun, said centralised and unitary governance was unsustainable for the country.

He stated that with a skewed, warped and lopsided national structure, Nigeria cannot stand the test of time.

He also berated President Muhammadu Buhari for making comments which he said are unbecoming of a democratic leader, providing more insight into why NADECO wrote an open letter to Buhari as well as the United Nations over the deteriorating security situation in the country.

He said: “When a democrat in office starts issuing the kinds of statements he issued within the past two to three days, it is unfortunate because what it has shown is that he has not understood the fact that he’s no more a military dictator; he sourced for the votes of Nigerians and because he secured them, that does not give him a licence to treat all of us with contempt as if we were minors.”

Opadokun said though Buhari had promised to secure and transform Nigeria, he had reneged on all of his electoral promises.

He stressed the need for the country to return to 1960 Constitution, adding that this could resolve the current challenges with only few amendments.

He accused the president of ignoring as well as expressing open disgust and disdain for the clamour for restructuring and return to a federal constitution.

He described the insecurity in the country as worrisome, stressing that the situation has further deteriorated.

Opadokun said: “The fact that non-state actors had become superior, much more dominant, much more effective than the Nigerian cohesive instrument – that’s a sign that the Nigerian state security architecture has been totally undermined and cannot provide nor guarantee life and security, which is the first and primary business of any government in office.”

However, he said NADECO decided to raise the alarm because it believed that the nation is at the end of its tethers.

He also described the 1999 Constitution as altered, which is currently being operated as fake.

“Let it be stated first that the 1999 Constitution that is being touted by President Buhari as the basic law that grants him the power to do and undo remains a fake and forged document which lied against itself,” he said.

He stated that since the army struck on January 15, 1966, it abrogated the 1960 and 1963 Independence and Republican Constitutions, which were the basis upon which Nigeria secured its independence.

“A federal constitutional governance was arrived at as a negotiated constitutional document because it was realised that Nigeria is a heterogeneous society composed of over 350 ethnic groups with their different languages, culture, traditions, customs, artefacts, folklore, norms, morals and the likes,” he said.

According to him, the National Assembly as currently constituted can’t redress the current crisis facing the country.

“We believe that the business at hand is beyond the National Assembly. In any case, the National Assembly itself is a subject matter of discussion by the ethnic nationality leaders that were the building blocks upon which Nigeria is constructed. We must agree as to what kind of legislature we need – whether bicameral or unicameral.”

Further justifying the group’s resort to seeking help from the international community, he said since there was no place to seek redress, they resorted to writing to the UN.

“We are appealing to them to take appropriate steps to resolve the dangerous paths the country is treading now; political upheavals, instability.

He said Nigerians were asking that the decrees that centralised Nigeria, which had, in turn, occasioned injustice, unfairness, inequity, total disregard and disrespect for the rule of law, be suspended.

He said it was in the best interest of the country to return to the independence constitution.

He added that that had been the clamour of Nigerians since 1992, and it grew wider and wider until the last two to five years “because we have seen a President Buhari who promised that he was going to secure Nigeria; he was going to transform the economy and he was going to fight a successful war against corruption.

“All that he had said to us, he had virtually reneged on all of them. The ethnic nationalities, highly valued Nigerians have clamoured that let us return to this federal constitutional arrangement that guaranteed the progress and development of every area, undeterred or held down by any other.”

‘Umahi can no longer pick his successor’ – The Nation Newspaper