The First Lady of the United States Melania Trump is already in the ideal Christmas mood and has decorated the White House for one last time ahead of departure in January 2021.

In what will be their fourth and last Christmas in the presidential palace, FLOTUS seemingly gave it her all in the Christmas decors under the theme America the Beautiful. 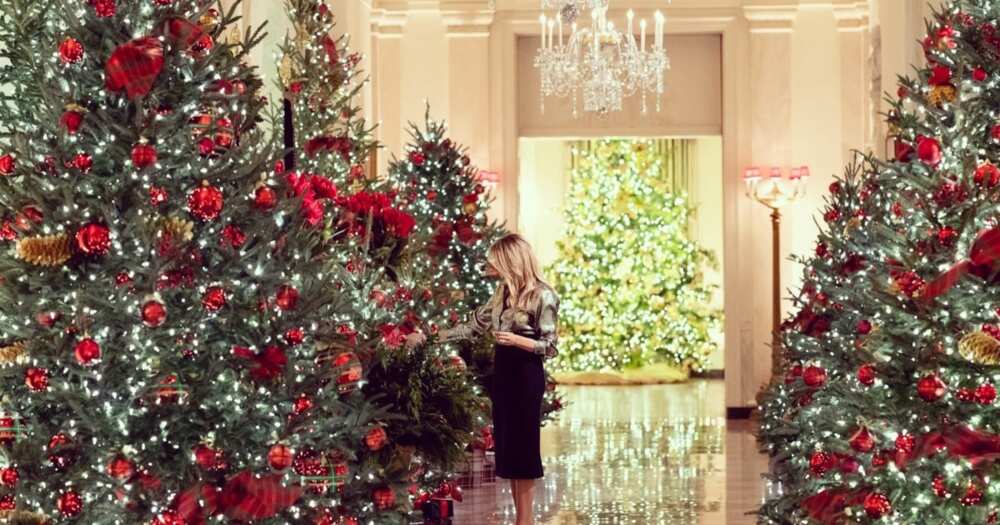 In pictures shared on social media, an array of beautifully decorated lush Christmas trees with breath-taking lighting ornaments could be seen in the executive mansion

According to a statement from White-House, the decorations were in honour of the fallen American heroes and their families who stood by them in their service.

“This year, families who decorated the tree placed the name of their fallen family member on the ribbon that will adorn the tree,” the statement indicated in part.

Melania unveiled the decorations on Tuesday, December 1. She also thanked all the volunteers who decorated the White House.

Departure from the White House by January 20

Though the former American model ushered the holiday season in the most joyful way, this will be her last Christmas in the White House and as first lady.

This is after former vice president Biden floored the incumbent Donald Trump in the November 3 US elections and emerged as the projected winner for the presidency.

Meanwhile, Bioreports had earlier reported that Melania was recently said to have joined her husband’s inner circle advising him to accept Joe Biden’s victory and concede defeat.

A source told Bioreports on Sunday, November 8, the First Lady, who is yet to publicly comment on the election results, advised her husband the time had come for him to accept defeat.