Oluwo urges FG to ban foreign jeans, see what he wants Nigerians to be wearing

– According to him, the nation’s leadership should place an outright ban on the influx and use of foreign jeans

The Oluwo of Iwoland, Oba Abdulrasheed Adewale Akanbi, has proferred to the Federal government what he thinks will help revamp and drive up the nation’s economy.

The monarch advised the federal government to give local fabrics and wears more priority and outrightly ban the use and influx of foreign jean wears into the country. 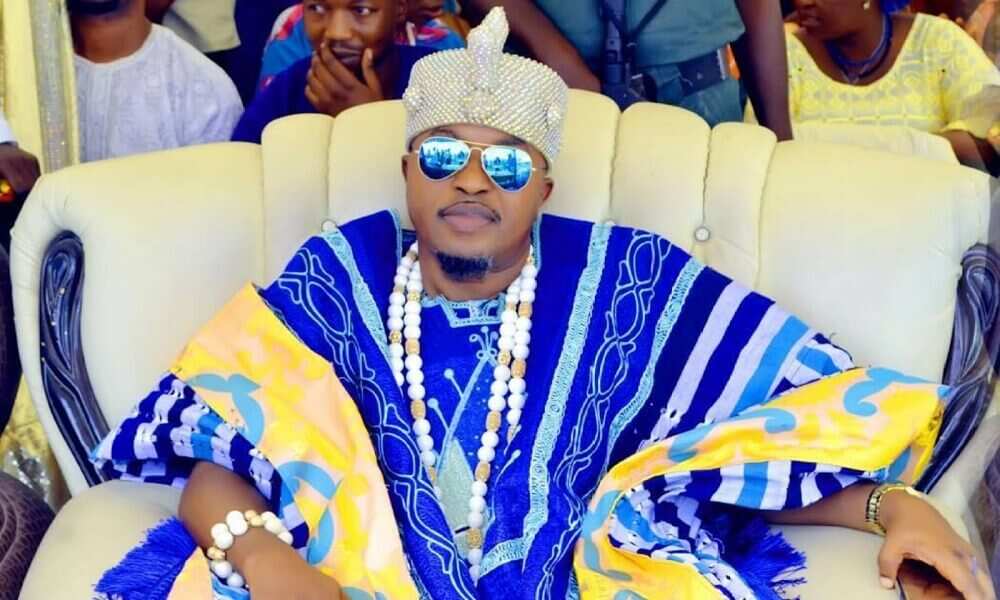 Oba Akanbi said local fabrics should not just be promoted but be modeled and fashioned into styles that will match the needs of the youths.

He reckons that in doing so jobs will be created and our indigenous culture preserved.

The oluwo speaking from the standpoint of a keeper of culture, in a statement by his Press Secretary Alli Ibraheem, said:

“I want to task the federal government to outrightly ban the importation of foreign jeans into Nigeria and promote local jeans made of Ofi to aid job opportunities and advantages.

“We cannot compel our youths and teenagers to start wearing agbada made of Aso Oke or Aso Ofi. But now I have branded our Aso Oke as Telu Jeans and Telu Jeans is normal jeans trousers, shorts and jacket made of Aso Oke.

“Our traditional clothes and accessories such as Ofi and beads are a demonstration of rich culture and luxuries of wealth. They are so enticing and admirable but because people attribute wearing Ofi and use of some cultural accessories as paganism, our children begin to run away from it.”

In excerpts culled by Bioreports he continued that:

“It is about using our own fabrics to make clothes from the western world which our kids like. You must think like the children and the youths if you want to influence them in any way.

“As traditional rulers, we have the role of clearly differentiating between the rich Yoruba culture and religion. The infiltration is scaring to our children. The culture has been lumped with traditional religion. It is disheartening. Our culture is clean. It has to be promoted and clearly distinguished to make it adorable and admirable to our generations.”

Meanwhile, Bioreports had earlier reported how Oluwo of Iwoland offered self as sacrifice for coronavirus.

In a short video shared online, the monarch asked the pandemic to attack him instead of the world.