For the youngsters out there, the name of Olabisi Ajala might not ring a bell, but their parents or grandparents will probably remember the legendary Ajala the traveller. Today, we want to tell you all about this fascinating man, how he became so famous across the world, and what happened to him after his fame went away. 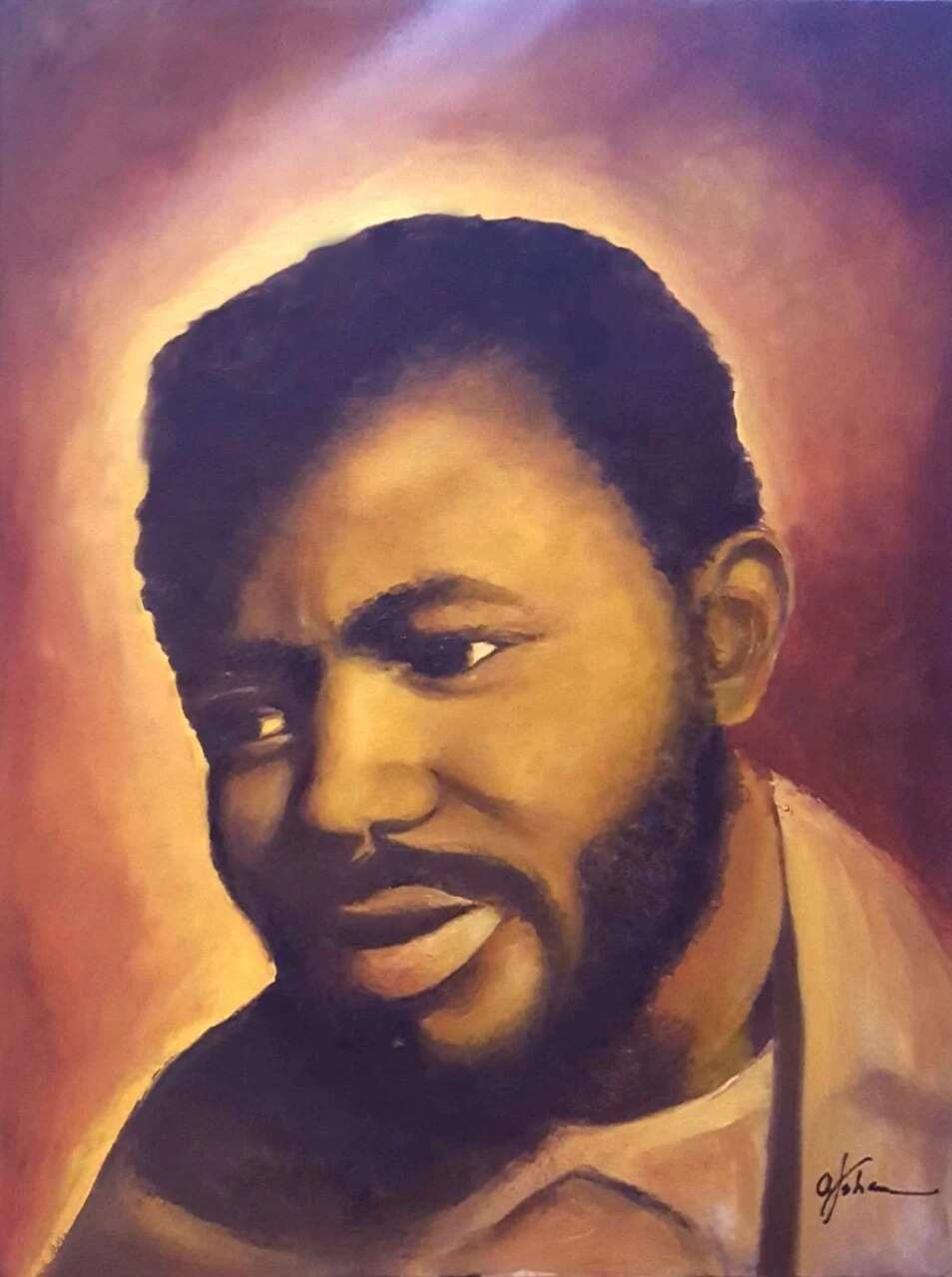 A portrait of Ajala, who was globally celebrated for his travelling feat
Photo: medium.com

Moshood Adisa Olabisi Ajala was born in the 1930s in Ghana in a large family of 30. He had a whopping twenty-four siblings, as his father had four wives. Not long after his birth, Ajala’s family moved to Nigeria, where the boy attended Baptist Academy in Lagos and Ibadan Boys’ High School.

When Olabisi turned 18, he went to the United States to receive his pre-medical education from the University of Chicago. He used to dream of becoming a medical doctor and returning to Nigeria to help people, where voodoo and superstitions were held higher than actual medicine. However, Ajala found something more exciting to do. Ajala’s stories were carried by some media houses
Photo: twmagazine.net

In 1952 at the age of 22, he embarked on a bicycle tour across America that covered 2,280 miles. During this tour, his goal was to teach Americans about the progress of his country and to show them that his people were not running around naked or wearing loincloths. To further his point, Olabisi wore traditional Nigerian wears that people described as flowered robes and a felt-like headdress.

The news of an African man travelling across the States on a bicycle and wearing flowery robes quickly spread across the country and Ajala became a celebrity. His story was featured in newspapers and even on television, and people described him as a charismatic man who could really hold a room’s attention. It was also said that at some point, he got a degree in Psychology from Columbia University, so he was quite an educated man. 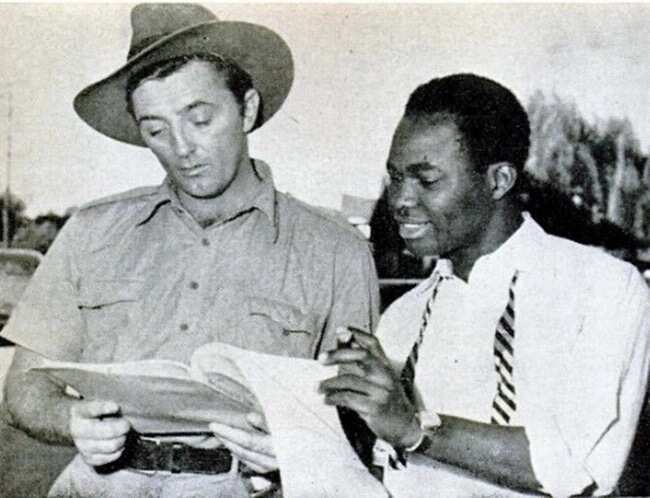 Ajala with a friend during his active days
Photo: autoreportng.com

Apart from TV appearances, Olabisi could also boast of having a part in a movie. He landed the supporting role of a character by the name of Ola, who was a companion of a famous African hunter Loni played by Robert Mitchum. The movie was called White Witch Doctor, and Ajala earned $300 per week from his gig with 20th Century-Fox. He later starred in several other movies that involved Africans.

Ajala the traveller later went on to prove his name by reportedly travelling across 87 countries on his Vespa. During his travels, he met with famous politicians, including the USSR’s Nikita Khrushchev, Egypt’s Gamal Abdul Nasser, India’s Jawarhalar Nehru, Iran’s Mohammad Reza Shah Pahlavi, America’s Ronald Reagan, Nigeria’s Abubakar Tafawa Balewa and many others. This is only a short version of Ajala’s adventures. If you want to know more about him, we recommend you to check out his book ‘An African Abroad’, Olabisi Ajala. It is filled with fascinating stories and interesting pictures to support them. So next time you come across it, consider giving it a look!

The fall from fame of Ajala the traveller Ajala and his famous Vespa with which he travelled many countries
Photo: twitter.com

All that said, unfortunately, the story of Olabisi Ajala does not have a happy ending. His troubles began all the way back in 1953, when a nurse from Chicago by the name of Myrtle Basset claimed that she had given birth to his son, who Ajala allegedly named Oladipupo. Olabisi refused to acknowledge his fatherhood without a paternity test, but when the mother agreed to it, he disappeared. Thus, the court ruled against him and made him pay $10 a week as alimony.

The same year, the trouble got worse, as he was arrested on the charges of worthless cheque, grand theft and forgery. Even though he plead not guilty, Ajala was still sentenced to spend a year in prison. After he got out, he was supposed to be deported back to Nigeria due to his arrest and violation of the terms of his student visa (Olabisi was supposed to study at the Santa Monica Junior College).

However, after the man spent a whole day dangling from a radio tower in protest of his deportation (and later even jumping from it), it was decided that he would not be deported but instead flown to London. 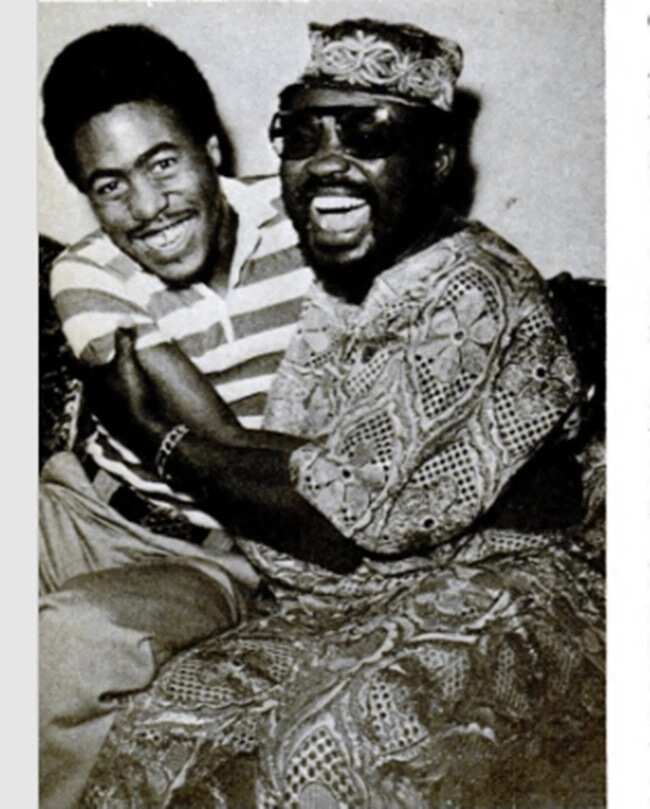 The well-celebrated Ajala with a friend
Photo: nairaland.com

Nevertheless, Ajala returned to the States by the end of 1954 with his wife Hermine Aileen. The two did not stay together for long, and Hermine left him half a year later because of his cheating. But Olabisi refused to stay single, and a few months later, he was married to a British actress Joan Simmons.

Over the years, the legendary Ajala the traveller slowly faded into obscurity. In his later years, he ended up back in Nigeria, but he was no longer famous; Olabisi was actually struggling to make ends meet. He rented an apartment on Adeniran St., Bariga, where he lived with a few of his children. When he got ill, almost none of his kids were there for him, apart from his 20-year old son Olaolu and 17-year-old daughter Bolanle.

The famed Olabisi Ajala died at the General Hospital in Ikeja on February 2, 1999, from a stroke. His fame and riches didn’t exist anymore, so he died as a simple man. That said, his name would always be remembered among the people as the name of the person who travelled across the United States on a bicycle and the rest of the world on a Vespa.

Meanwhile, Bioreports earlier reported the story of Mansa Musa, the 14th-century emperor of Mali, said to be the richest man ever with a net worth of $400 billion.

Rudolph Butch Ware, associate professor of history at the University of California, said it is almost impossible to describe how wealthy and powerful the ruler truly was.

After lady bought herself PS5 game console worth over N150, she goes online to ‘cry’ for TV, many react (video)

After lady bought herself PS5 game console worth over N150, she goes online to 'cry' for TV, many react (video)