Okocha in, Kanu out in list of greatest footballers of all-time in top 13 key national teams (see Messi, CR7’s positions in full-list)

– In the results, Okocha polled 48 percent ahead of Kanu Nwankwo’s 33 percent

– For Argentina, result shows Lionel Messi was voted way ahead of Diego Maradona

Super Eagles legend Austin Jay Jay Okocha has been voted Nigeria’s greatest of all-time as shown in results of a poll which determines best players ever in 13 key national teams.

Okocha claimed 48 percent of the total votes for Nigeria ahead of Kanu who polled 33 percent to reignite the debate of who actually is the country’s greatest ever player.

Vincent Enyeama and late Rashidi Yekini are other two legends who made the cut having polled 11 and 8 percent of the votes respectively.

Former Super Eagles media officer and Nigerian journalist Colin Udoh made a case for Okocha describing the midfield maestro as one of the most enigmatic and entertaining players to come out of Africa.

Below are the results as compiled by top outlet ESPN 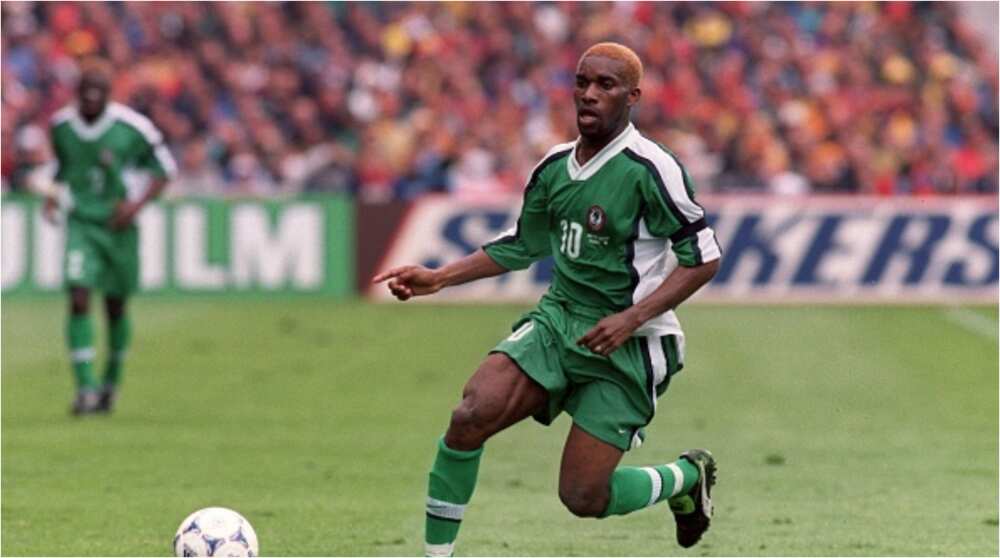 Jay Jay Okocha has been voted for as the greatest Nigerian player of all time.
Photo: Tony Marshall
Source: Getty Images

9. Netherlands: Johan Cruyff got 71% with second-placed Arjen Robben on 16%.

The former AC Milan striker retired in 2003 to venture into politics and he is the current president of his country Liberia.