– According to the woman identified as Angela Motsusi, she has been able to keep her husband safe with this method

– The health worker made the disclosure on her Facebook page, saying she attends all her clinic appointments and conduct blood tests

A South African woman living with HIV has taken to social media to reveal how she has been keeping her husband safe from the virus.

Angela Motsusi who is a nurse, said HIV patients who take their ARVs daily, attend all clinic appointments and do blood checks as scheduled are safe of have sex with a negative partner. 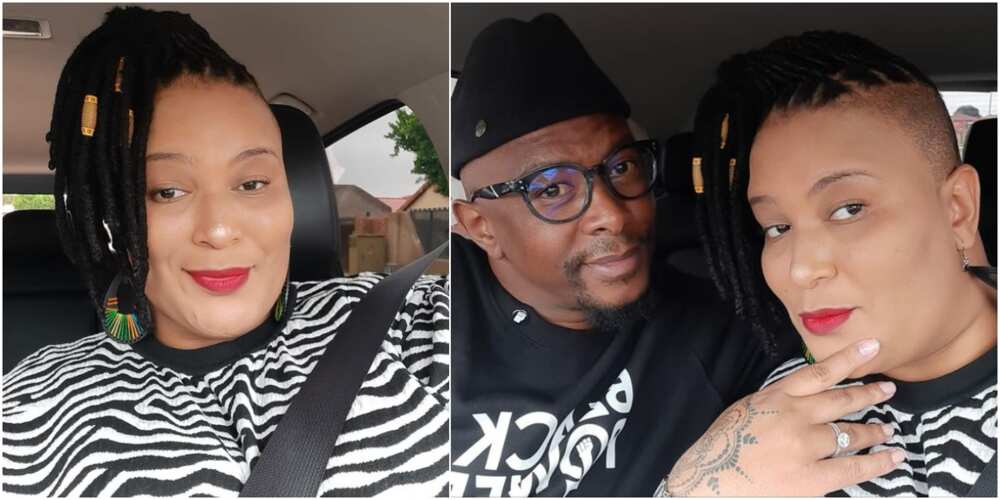 “Living testimonies of #UequalsU , it’s simple really, if you are HIV positive, take your ARVs daily and attend all your clinic appointments and do blood checks as scheduled, by taking your treatment everyday you will be virally suppressed and with a sustained, suppressed viral load you CANNOT sexually transmit HIV to your partner, I am positive and he is negative.”

“This works when there is honesty and not hide your status if you test negative meanwhile you have HIV. There are some ppl who would hide it and just show u the negative results.”

“If you are HIV positive and you take your treatment as prescribed and your viral load is undetectable, it means that there is no virus in your blood of bodily fluids, so, you cannot transmit the virus to anyone else. That is the ultimate aim of taking ARVs. The stories of people on treatment, infecting others with HIV or people dying while on treatment, is simply because they were not taking their treatment properly.”

“I understand your intentions with this post but I just feel like it is extremely irresponsible coming from a healthcare worker. Your post mentions nothing about using protection so I am assuming you’re telling people to not use it, since the virus is undetected? The virus being undetected doesn’t mean it’s gone. It just means your immune system is high but the virus will eventually resurface. Your man could also be a carrier and that is why tests show negative. We don’t know. Please encourage people to take their ARV’s AND use protection.”

“I didn’t know, thank you for teaching us, but its too risky hey.”

In a similar news, a beautiful woman named Mancobeni Makhwayi recently took to Facebook with a highly inspirational story. In her ImStaying post, Mancobeni shared how she has been living healthily despite being HIV positive for 22 years.

In her touching post, she also shared that she is a single mother of three healthy beautiful boys. She also stated that she is a rape survivor, adding that she believes that God has played a big part in her life.

“I’ve seen the hand of God in my life. Rape survivor. Been HIV positive for the past 22 years .On medication for 5 years. Single mother of 3 handsome boys. Nam #Imstaying.”