– While the palace of the Ooni of Ife, Oba Adeyeye Ogunwusi, continues to celebrate the birth of his son, the monarch is concerned about a fake news

Some photographs that were recently shared on social media in the wake of the announcement that Oba Adeyeye Ogunwusi, Ooni of Ife, welcomed a new prince, are actually fake.

This position was made known on Tuesday, November 24, by the director of media and public affairs to the monarch, Moses Olafare.

A statement from Olafare, which was obtained by Bioreports, said the two photographs were not those of the prince, giving the indication that the new born’s identity is still being kept safe. 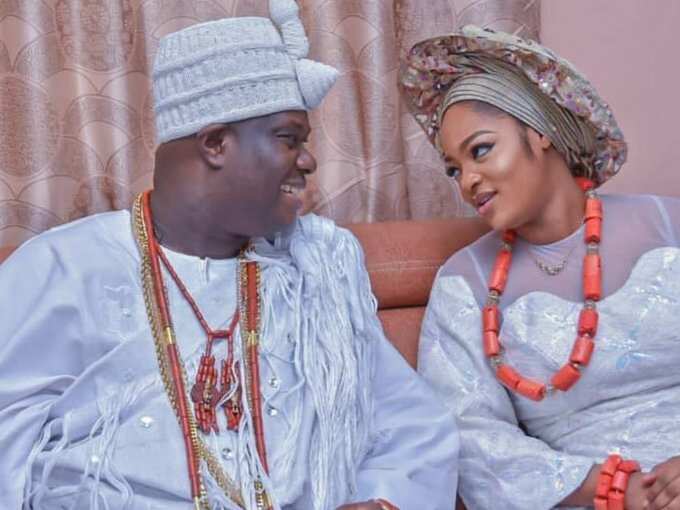 “Ooni Adeyeye Enitan Ogunwusi, Ojaja II, who has the sole right to make the face of the baby public, is yet to do so, as essential traditional rites to formally welcome the Prince in accordance to our culture and traditions are still ongoing.”

According to him, the Ooni was using the statement to tell the public that “the pictures are not that of his son.”

“He wants the public to ignore the social media circulation of the pictures capable of threatening the privacy of the babies in those pictures and their parents.

“We urge Journalists and bloggers to always verify sources of news materials and pictures before publishing or posting to avoid ‘Invasion of Privacy’ which is an actionable offence punishable by law.”

The statement said the new prince and his mother are doing perfectly well while the monarch was still receiving congratulatory messages and well-wishers.

Bioreports earlier reported how the royal family of Ife and the palace went into a celebration mood following the arrival of Ooni of Ife, Oba Adeyeye Enitan Ogunwusi, Ojaja II’s son with Olori Silekunola.

In a recent video shared by his eldest sister, Princess Adesola Ogunwusi, the king is seen raising a song while the siblings sang it with him.

They can be heard singing a Yoruba song which loosely translates to ‘friends and family stand up, dance and rejoice with me. God has lifted me high’.