Popular Nigerian movie star Nkem Owo aka Osuofia recently took to his official page on Instagram with a video that lifted the mood of his fans and followers on the social media platform.

The actors were spotted making jest in their local dialect. Young film star, Zubby Michael, was also spotted standing in between his senior colleagues.

Sharing the video on his page, Owoh simply described it as a “happy time”.

Check out the post as sighted on his page below: 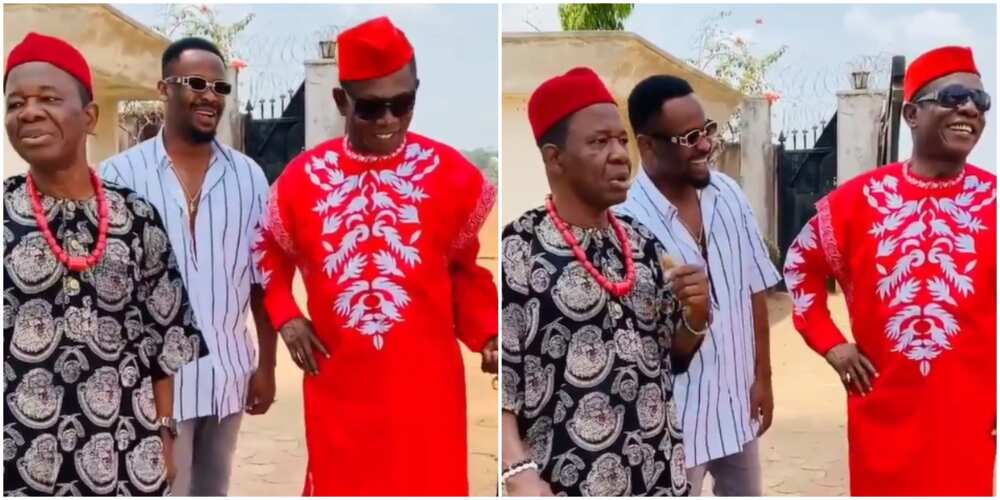 Shortly after sharing the clip, fans of the Nollywood stars were spotted reacting in the comment section. Read what some of them had to say below:

“Happy to see both of you.”

“Much love from Kenya.”

“Great people I love u guys.”

“Three great people in one pix.”

“Living legends in one picture.”

Bioreports previously reported that Nkem Owoh clocked a new age on Sunday, February 7. The veteran actor took to his page on Instagram with pictures specially taken for the celebration.

In his caption, he announced his birthday and simply called on fans to join him in celebrating the new age by saying a word of prayer for him.

Fans, colleagues in the movie industry were spotted in the comment section with celebratory messages for the much-loved actor.