Popular Nollywood actress, Eve Esin, turned a year older on October 17, 2020, and she made sure the day did not pass by unnoticed.

Birthdays are special occasions in the lives of most people and seeing as it comes only once in a year, they try to make it a memorable celebration.

It was the turn of actress Eve Esin to celebrate hers and she made sure to make it one that fans would find hard to forget. 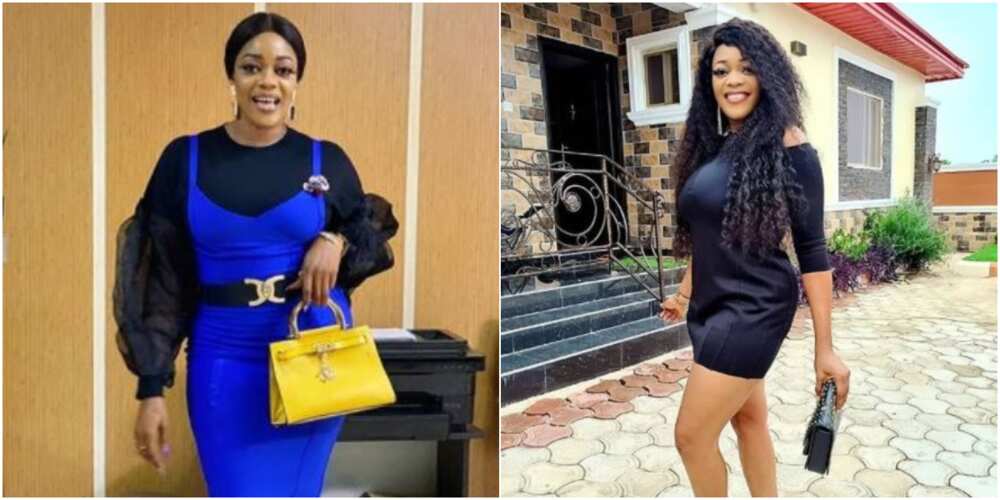 The film star shared photos of herself in a unique outfit as she showed off her sultry side.

She wore a gold mini-dress with white feathers that made fans liken her to a fairy. The actress also accompanied the post with a caption where she gave God all the glory and thanked Him for letting her see a new year.

“To God alone be all the glory, honour, power, and praises for ever and ever.

Come into a new age of blessings and exploits IJMN. Blessed you are forever Evelyn Esin.

Live and declare the works of the Lord in your life. Amen! I love you.”

See other photos below:

Just recently, Bioreports reported that American rapper, Cardi B, was gifted a Rolls Royce by her husband, Offset, on her 28th birthday.

The Bodak Yellow hitmaker was caught on video getting very cozy with her estranged husband, Offset, after he gifted her with a bespoke Rolls-Royce truck.

The video shows Offset giving Cardi her birthday gift, with her giving him a kiss in response. The Grammy-winner was bouncing up and down and dancing up against her supposed ex, making many fans speculate whether their divorce is off and their marriage is back on.