The Bachelorette Was So Awkward and We Have So Many Questions

– Nollywood actor, John Okafor, has taken to social media to celebrate his daughter on her birthday

Today, October 17, marks the birthday of Chelsea Ibu and her celebrity daddy, John Okafor, has taken to social to media to celebrate the big day with her.

The Nollywood actor took to his Instagram page of over 300,000 followers to share a totally cute photo of his daughter and accompanied it with a short prayer.

“It’s my daughter’s birthday, God keep her helthy for me so that she will grow to celebrate more.”

This comes barely a few weeks after he got social media buzzing with his revelation about his close shave with death on different occasions.

The film star recounted how he was poisoned by members of his staff and how they were paid to eliminate him perhaps because of envy.

In the interview with Nigezie, Ibu who is also known for his very big stomach disclosed that he does not take alcohol and that he eats very little but that his belly started to grow very big after he was poisoned. 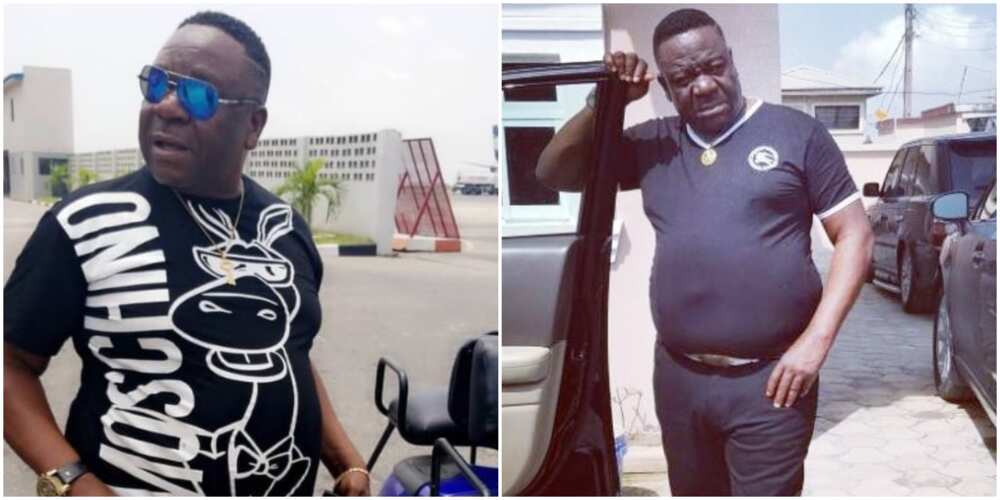 The actor is fond of showing off his family online.
Photo credit: @realmribu/Instagram
Source: Instagram

For the Nollywood actor, seizing every opportunity to celebrate his wife and children is second nature to him.

If he isn’t sharing photos of his children who interestingly share his looks, he is flaunting his vivacious wife Stella Marris Okafor, who goes by the moniker, @realiburess on Instagram.

Just a while ago, he shared a daring photo of his wife rocking a bodysuit and nothing else. Ibu who described her as a model advised men on how to pick wives.

#ENDSARS: Time to talk to the youths, Mr. President

The SARS in the rest of us