No falling out on my part, BBNaija’s Esther addresses beef with Tacha

Coming 2 America, TIME Next 100 and 4 other times Davido made mark internationally

A curious fan asked the reality star about her relationship with fellow ex-housemate, Tacha, and what caused the falling out between them.

Interestingly, instead of letting the question slide, Esther chose to answer and explain what really happened between both of them.

The ex-Pepper Dem housemate made it clear that the falling out was never from her part and she would always stand for the truth.

Esther, however, added that she cannot control how other people choose to react when she chooses to stick with the truth, as opposed to doing what they want.

“There was no falling out from my part, I would always stand for the truth and I can’t control how people react when I decide to stick to the truth as opposed to doing what they want.” 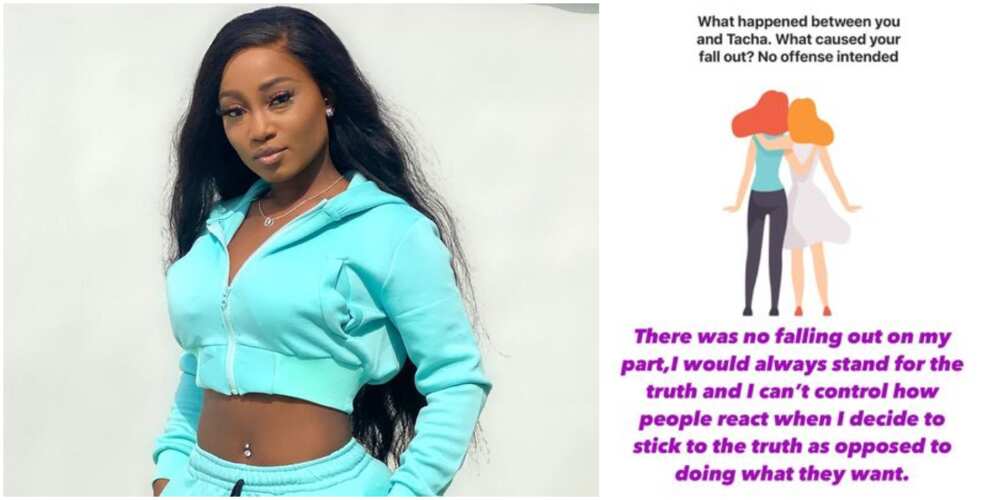 Some weeks ago, Bioreports reported that controversial Pepper-Dem star, Tacha, shared a post indicating her decision to move into the year 2021 with positive vibes only. The reality show star took to her Twitter page to comment on people who had made it their thing to bag enemies everywhere.

According to her, life is simple and people deliberately make it tough.

“Life’s really so simple.. People just deliberately make it so tough. Bagging enemies here and there! This life is really just one oh, there’s nothing inside. Just Live and Breath.”

BBBioreports Exclusive: Frodd speaks on his future with Esther, reveals why he cried so much | Bioreports