Nkechi Blessing shows off cash received on her birthday in new video, says it’s over N1.3m

Liz Benson says she’s not a feminist, advises women on how to deal with cheating husbands

– According to her, the money which was over N1.3m was gotten from her man and his friends

– Recall Nkechi unveiled the identity of her man on her birthday

Nollywood actress, Nkechi Blessing Sunday, no doubt had quite a memorable birthday celebration. The movie star who turned 32, took to her Instagram story to show off the cash gotten on her big day.

According to the actress who is also a brand influencer, she got over N1.3 million, most of which were gotten from her ‘husband’ and his friends.

In another post, she revealed her mother took over half of the money as she showed off a box which contained N500 notes.

Nkechi went on to hail Ekiti men – presumably where her man is from – stating that they knew how to take care of their women. 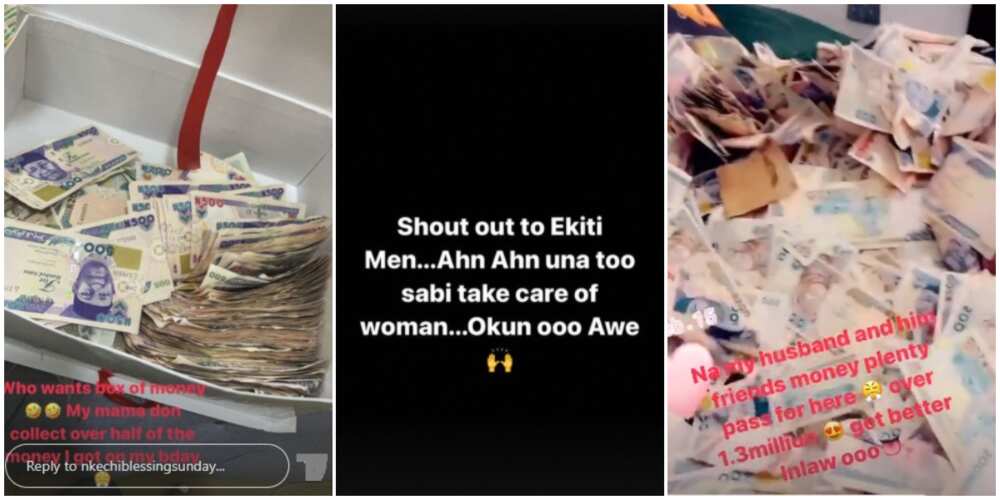 The movie star clocked a year older on February 14th and loved ones gathered to make it a memorable one for her.

Taking to social media, Nkechi showed special appreciation to fellow actress and friend, Toyin Abraham, after she made it rain dollars on her birthday.

Recall that after several posts telling social media users to mind their business, the actress finally unveiled her man.

The actress who celebrated her birthday on Sunday, February 14, took to her Instagram stories to share photos and videos from her party which was attended by friends, close colleagues, and family.

In the photo Nkechi shared online, the actress struck a beautiful pose with the young and handsome man.