– Bobriksy recently shared a video of himself cooking on Snapchat

– In the video, he is seen adding salt to the food which for many, appear to be a little too much

In the video, Bobrisky is seen cooking a meal. He then proceeds to add some salt to the food. While the crossdresser says he doesn’t consume salt as much, the amount he is seen adding to the food says otherwise.

The video has since gone viral, leaving many people stunned and amused as they question if the crossdresser is capable of cooking.

“Pouring salt from it’s container, that’s how you know a bad chef.”

“If this one na little salt, how normal quantity go come be?”

“Who still uses salt to cook self when there are nice spices available in stores.” 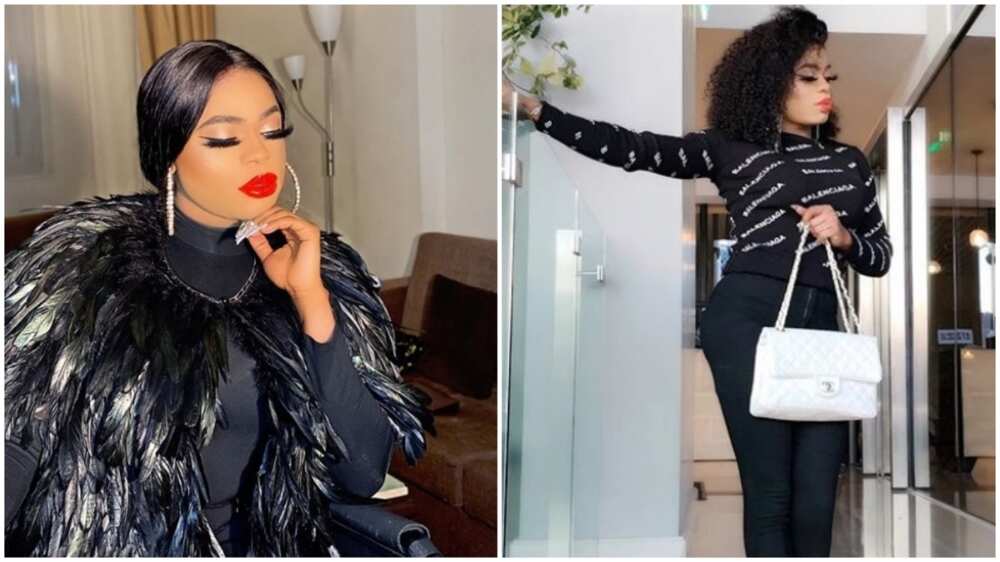 Bobrisky recently gave out cash to a ladies who drew a tattoo of him.
Photo credit: @bobrisky222
Source: Instagram

Meanwhile, Bobrisky was again in the news for showing love to his die-hard fans.

The socialite recently celebrated some of his fans after they got tattoos of him. The third fan to toe the same line, Ewatomigold, finally received her own reward.

Bobrisky decided to compensate her for her troubles especially after claims that she was assaulted for getting the tattoo.

The lady took to social media to lament about how some people in the Ikorodu area of Lagos recognised her for getting a tattoo of Bob then proceeded to rough-handle her. Well, Bob has now rewarded her after what she went through.

He gifted her some money, promised to buy her a phone and to also take her to Dubai.