Nigerians react as lady says being a doctor is her superpower, shows off her profession (photos)

4 minutes ago by
Joseph Omotayo

– A Nigerian doctor, Alakija Oluwaseun, has said that her superhuman strength is from being a medical official

A Nigerian lady, Alakija Oluwaseun, has prided herself as a doctor as she said that being a health official is the stuff of a superpower.

As the world goes through the turmoil of the Covid-19 pandemic, the place of doctors in the survival of the human race cannot be overemphasised.

No wonder one cannot imagine a world with men and women who are constantly putting themselves at risk to ensure the safety of the human race.

In a LinkedIn post, Oluwaseun said: “‘Dr’ isn’t just my prefix, it’s my superpower.” as attached pictures in her medical uniform. 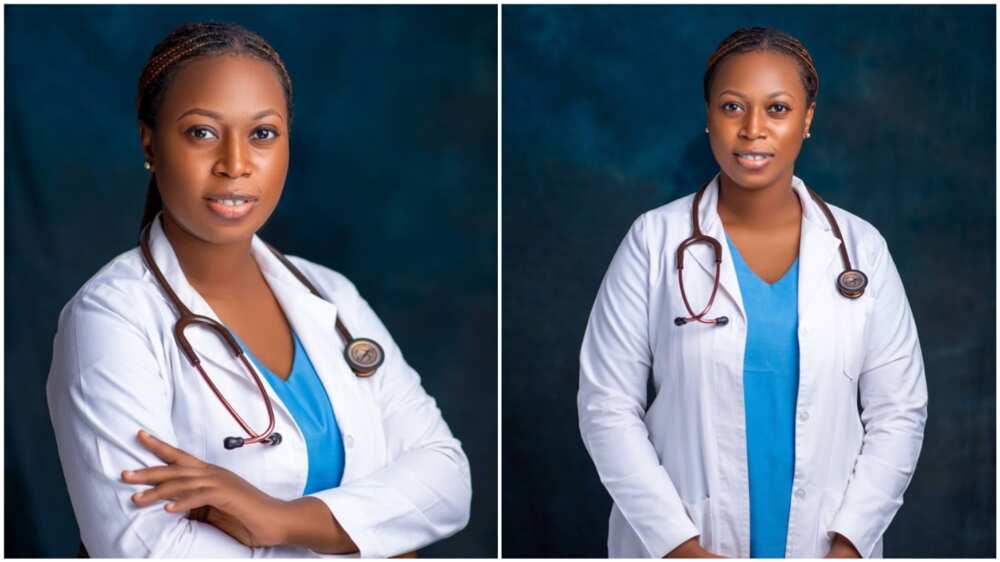 In both photos, the lady posed as she has a stethoscope hanging from her neck. As at the time of writing this report, her post has received over 4,000 likes with massive comments.

Below are some of the ways people reacted to her post:

Meanwhile, Bioreports earlier reported that a Nigerian lady, Chioma Ikwuegbu, achieved huge success despite all odds and leaving home at the young teenage age of 17.

She studied at the University of the Philippines. In a tweet on Tuesday, October 6, the lady said prior to leaving the house, she was naive and had always been under her parents’ shield all her life.

Out to face life, the lady confronted unimaginable challenges that dampened her many times. According to her, she trudged on despite all till she reached her goal.

At the age of 24, Chioma does not only have two university degrees, she is also a medical doctor, making her the first in her family with that feat.

By Mike Odiegwu, Port Harcourt Minister of Transportation Rotimi Amaechi has come under attack following his absence at the Southsouth...