– Despite everything that has happened this year, Nigerian artistes have their fans to thank for listening to the music they have put out

– Nigerians, in turn, congratulated the singer and proceeded to drag Davido and his gang

The Beamer crooner on his official Twitter page, excitedly announced that two of his songs, Woman, and Beamer appeared on Spotify’s top 10 male songs for 2020. 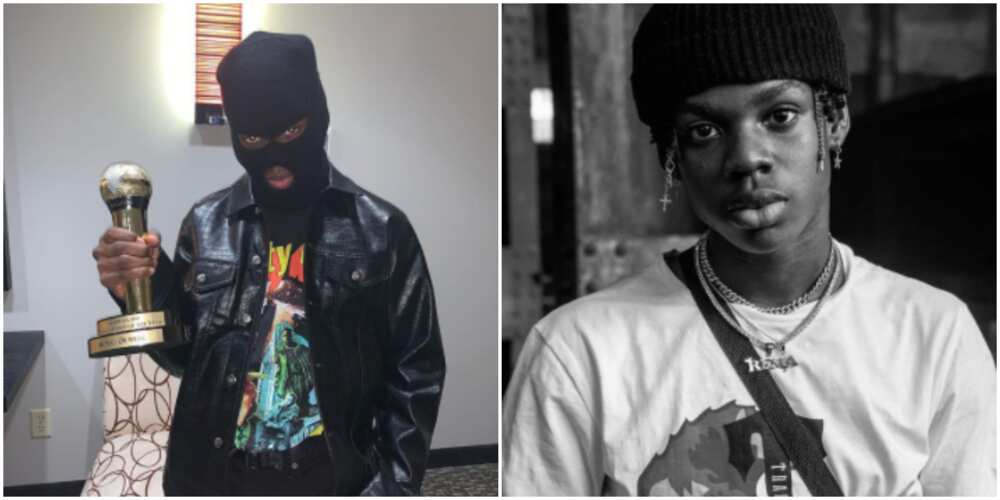 The entertainer also thanked God for blessing him with such an impactful fanbase, despite all that has happened this year.

“Got 2 songs amidst the most streamed songs on Spotify 2020, Grateful to God for blessing me with an impactful fanbase.”

Davido was missing from the list and trust Nigerians to make it very obvious. They took to the comment section to drag the singer, who recently announced that his song, So crazy ranked 7th on top 10 Afrobeats song in Africa.

Bioreports gathered some of the reactions:

Izzy stated that he heard that Davido bought streams for Audiomack and Youtube.

Bucci asked where Davido and his friends were on the list.

Rema rocked a stylish glass, but there was a noticeable difference between the person in the photo and the young handsome artist that most people had grown accustomed to.

The pictures got a lot of fans asking questions as to who the young man in the photo was.