– Lagos Women Run 2020 had all the pre-event razzmatazz on Saturday, November 21

– Dalyop reached the tape at 33 minutes 43.73 seconds to win the Elite Open category

Patience Mwanwang put up an outstanding performance on Saturday, November 21 to emerge winner of the fifth edition

Also, Dalyop got a record cash prize of N1,000,000 for the special virtual edition of the Women Run, while second place Awawu Haruna got N500,000. Third place Abiye David got N300,000 for her efforts.

Winners in the Elite Open category were presented their cash prizes by the Honourable Commissioner for Sports, Lagos State, Segun Dawodu.

In the veteran category, Lagos State athlete, Anna Seriki, emerged the winner after crossing the finish line at 45 minutes 47.11 seconds.

The presentation of cash prizes to each the veteran category winners was done by the chairman, Lagos State Sports Commission, Sola Aiyepeku. 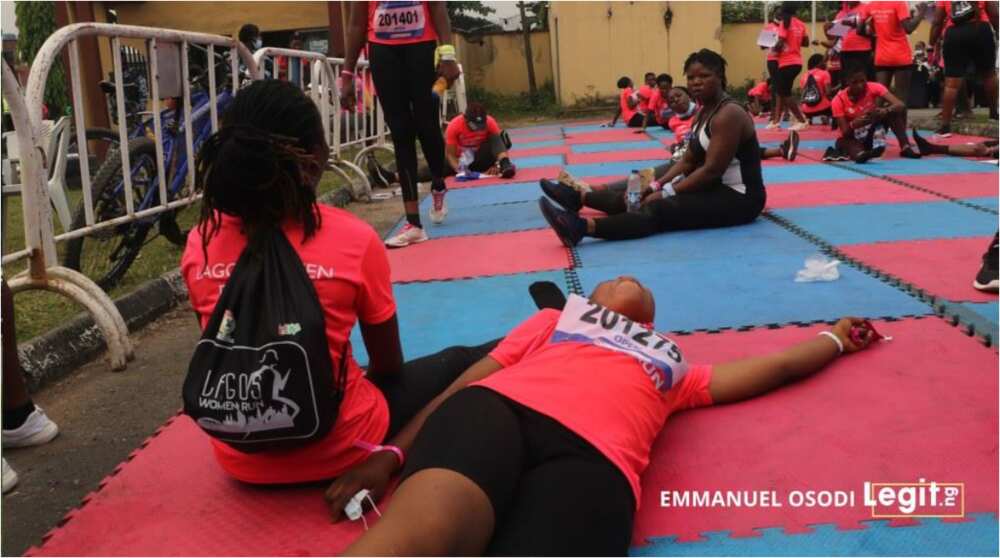 For the 2020 edition of the Lagos Women Run, all the Covid-19 protocols approved by the Lagos Government were followed strictly.

All the athletes were given two disposable face masks at the start point which was at the Tafawa Balewa Square.

The organisers also created cells of six athletes each on a single row, this created the much desired social distance before the race was flagged off.

At the end of the presentation ceremony all the athletes that finished the race were given certificate and medals.

Meanwhile, Bioreports earlier reported that Jamaican sprint superstar Usain Bolt was quick to admit Cristiano Ronaldo would easily beat him at a sprint despite his reputation as the fastest man alive.

The 34-year old has eased down on his training regime since retiring from athletics in 2017 and because of his slacking, he believes the Juventus superstar is better placed in a race between the two.

Bolt weighed his chances with Cristiano in a foot race as he applauded the Portuguese as a “super athlete”.