– Kikelomo “Kike” Lawal has been appointed for a dual function by the CIBC, a post where she will be overseeing diverse departments

– Before her new appointment came, she has had years of experience in the financial sector in different capacities

– In her new role, she will be reporting directly to the bank’s CEO and president, Victor Dodig

Nigerians keep making the nation proud in almost every facet of human lives. The latest in that pool of people is Kikelomo “Kike” Lawal who just got appointed as the executive vice president and chief legal officer of the Canadian Imperial Bank of Commerce (CIBC).

Prior to her appointment, she was the chief legal officer, ombudsman, and corporate secretary of Interac Corp for 12 years and eight months. Kikelomo was also a senior associate of Blake, Cassels & Graydon LLP for five years and 9 months.

She had her education at both the New York University and Harvard Law School. Bloomberg reports that the Nigerian is very passionate about inclusion concerning race/ethnicity, gender, and life experience. 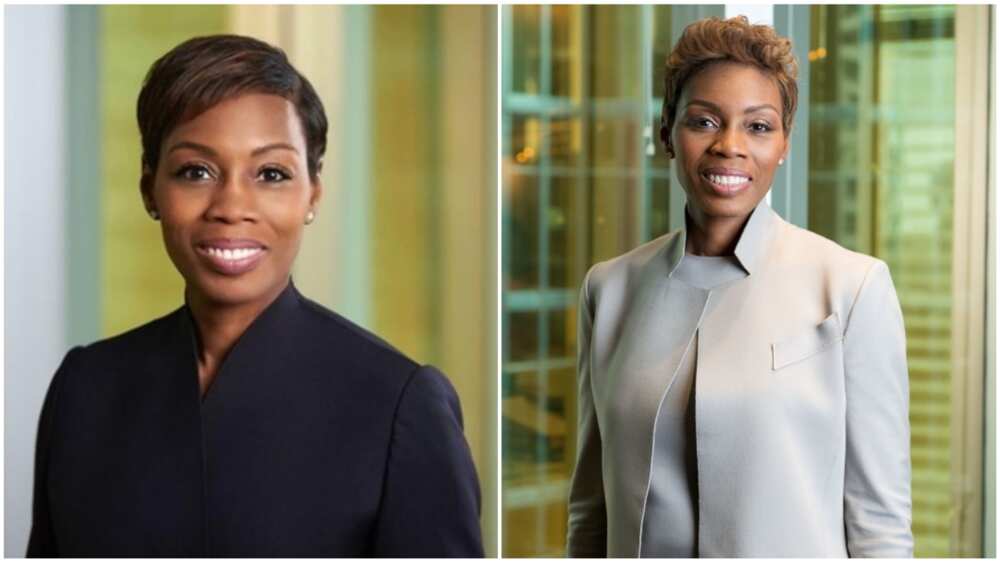 “Ms. Lawal will be accountable for overseeing the Legal function globally as well as the Corporate Secretary, Ombudsman and Privacy Office functions, and related policies and programs.

“She will join the bank’s Executive Committee and will report to Victor Dodig, President and CEO of CIBC,” a statement on her new role published by Bloomberg read.

Victor Dodig, CEO and President CIBC also said that the bank really looks forward to her leadership in the new capacity.

Meanwhile, Bioreports earlier reported that Obinna Ukwuani was also appointed by the Bank of Kigali as its chief digital officer.

He replaced Regis Rugemanshuro who also got an appointment for another position as the head of the Rwanda Social Security Board.

It should be noted that the Nigerian began work in June. In his new professional capacity, he will be seeing towards bringing about product innovations, among things, in digital banking.

The Nigerian has a degree in economics from the Massachusetts Institute of Technology. Before his appointment, he was with a Nigerian tech startup called Paystack.

The young man had in January 2018, partnered with the Bank of Kigali to launch Makers Robotics Academy Rwanda; the first-ever robotics Bootcamp in the country.

The programme which was an intensive three-week course hosted 40 Rwandan high school students. It was facilitated by MIT students.