– The facility, which is situated at Mile 7, Yalwa Road, Jos, has been registered and it is ready for effective use

– A Twitter user with the handle @Abdul_Majid84 made the disclosure on the microblogging site on Sunday, September 27

A trader identified as Malam Kawu Muhammad is a patriotic Nigerian who built a 13-bed clinic/maternity in Jos, Plateau state.

The disclosure was made by a Twitter user identified as Abdul-Majid Lawan Waziri, who said he was invited to the commissioning of the facility. 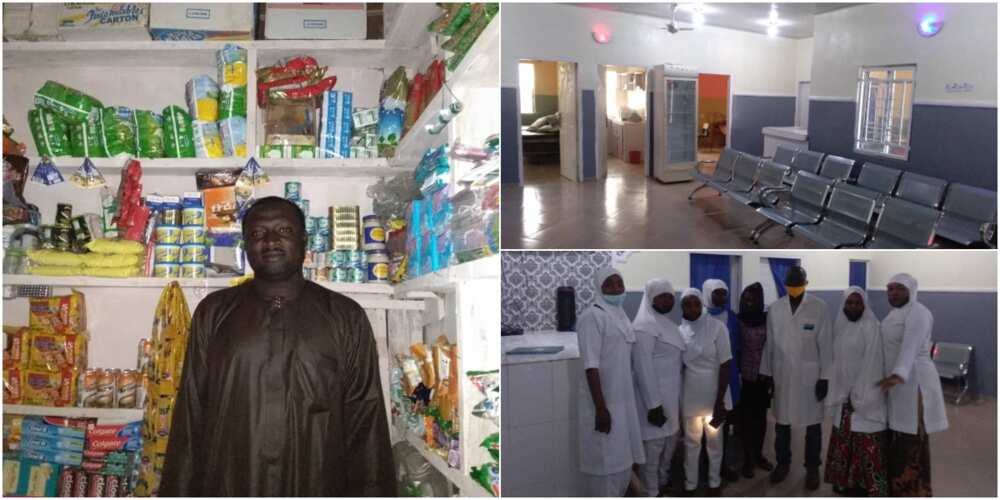 Waziri with the Twitter handle @Abdul_Majid84 said registrations with relevant authorities has been made, adding that the facility is ready to receive patients.

“Meet Malam Kawu Muhammad , the Jos trader who built a thirteen (13) bed clinic/maternity in Mile 7 Yalwa Road, Jos P/State. I was invited as a guest to grace the commissioning of the facility. Registrations with relevant authorities has been made and all is set for effective use.”

“This is so masha Allah but he should employ certified professional workers and set standard for his clinic, it should not end up like most of our clinics around promoting quackery and tempering with people’s health.”

“May the Almighty Allah bless him immensely & reward him in the best manner with aljannah firdous, amin. Good man, that one.”

In other news, the tallest building in Anambra state is not a residence as many would have thought, but a hospital built by a United States-based Nigerian medical doctor, Godwin Maduka, aka Lion of Africa.

The multi-million dollars ultra-modern hospital is situated in Umuchukwu village in Orumba South local government area of the state.