– Meanwhile, the 28-year-old’s second-half penalty ensured the game ended in a stalemate

The 28-year-old superbly converted the spot-kick in the 76th minute after Nigerian star Samuel Chukwueze was fouled by Thibaut Courtois.

He made a run into Los Blancos danger zone in a bit to connect with a pass from his teammate but an attempt to save the ball boomeranged for the Belgian goalkeeper.

Moreno’s goal, however, cancelled Mariano Diaz’s early minute strike to ensure both sides shared the spoils at the end of the game.

The visitors grabbed the opener in the second minute after Diaz headed home a Daniel Carvajal’s cross from the right flank.

Zinedine Zidane’s men have now failed to win any of their last two Spanish League games having lost their last meeting 4-1 to Valencia before the FIFA break.

Real Madrid are now fourth on the table with 17 points after nine rounds of games as they prepare for their Champions League meeting against Inter Milan next week.

Bioreports earlier reported that Chelsea rise to the top of the Premier League table after beating Newcastle United 2-0 at St James’ Park on Saturday, November 21. 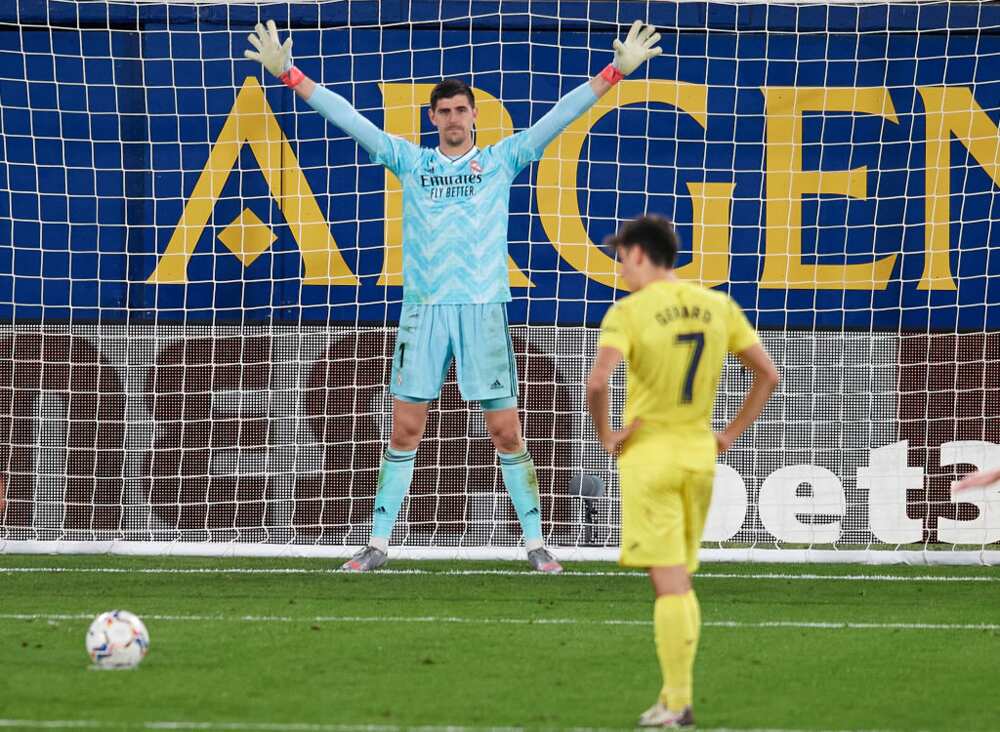 Fernandez ran into a cross from Mason Mount and deflected the ball into his own net in the early minutes of the opening half.