– Taking to Twitter, the man said that the artisan failed him and made a table that looks entirely different from the expected

A young Nigerian man with the Twitter handle @folastag has gone on the platform to share how his carpenter disappointed him.

Before now the “what I ordered vs what I got” had most times always been about dresses and tailors disappointing.

Making a post along that line on Friday, February 19, the man said that his carpenter made an entirely different thing from the photo he sent him.

His tweet was a quote to his earlier tweet where he said that he is planning to deal with the man for his failure.

The photo of the end product is a far cry from the sleek table design in the photo he sent him.

As at the time of writing this report, his tweet has over 6,000 likes with almost 4,000 retweets.

“Pull it up small, boya it is elastic.”

“Maybe it is just me but I don’t see a difference o. Where’s your chair?” 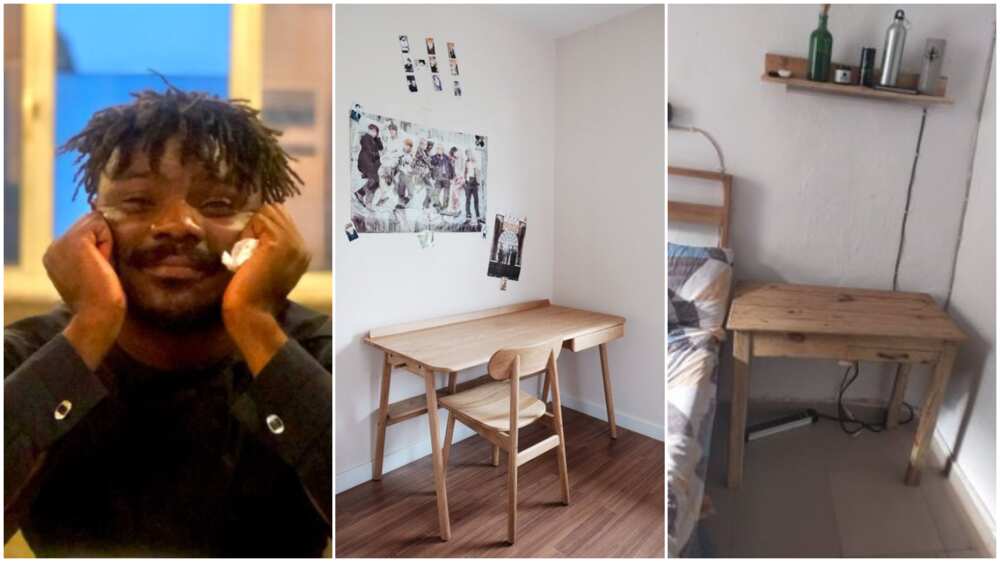 A Nigerian man has complained bitterly after his tailor disappointing him,
Photo source: @folastag
Source: Twitter

“How much did you pay?

“Similar happened to me… When he arrived with it, I asked him if I told him I wanted to bake with it in place a cooker on it… Sent him off with his table… Mtcheeew.”

On Sunday, February 14, the man shared the photo of a luxurious bed frame he made as he begged tweeps to retweet it for a wider reach.

The cushioned frame has a double-padded side-rest where one may choose to lie or sit on. It also has a cabinet at the edge where drinks or valuables could be stored. Many found the work beautiful as they asked him how they could get one for themselves.

Who Will Be the Next F.D.A. Chief?

Who Will Be the Next F.D.A. Chief?