– A daughter, Akinnawonu Ilesanmi Oluwademilade, remembered her dad on his posthumous 79th birthday with a photo that stirred reactions

A Nigerian lady identified as Akinnawonu Ilesanmi Oluwademilade has celebrated her dad’s posthumous birthday in a very special way.

In an emotional post on Twitter, the lady said she missed watching football matches with her dad at viewing centres.

Oluwademilade ‘asked’ her dad if he loved how Manchester United performed on Monday, January 4, telling him that the club has been doing great lately.

The lady went ahead to say that it would have been her dad’s 79th birthday. The daughter thanked her father for making her fall in love with the game.

“My God put him in a better place and erase his sins.”

“He died supporting the best club in the world.” 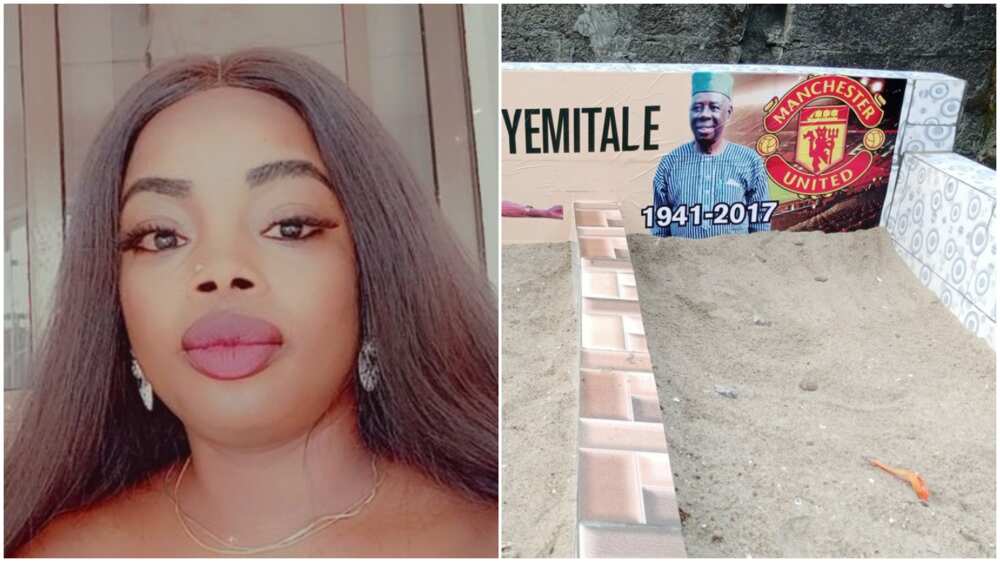 The daughter appreciated her dad for introducing football to her.
Photo source: @_LADEmie
Source: Twitter

“I know by now he will be dining with the united legends in heaven. May his soul rest in perfect peace.”

“For a proud supporter of Manchester United, cry no more, he’s already in heaven.”

“There are no more tears. He fought a good fight. Wanted to go with his wife, and he did.”